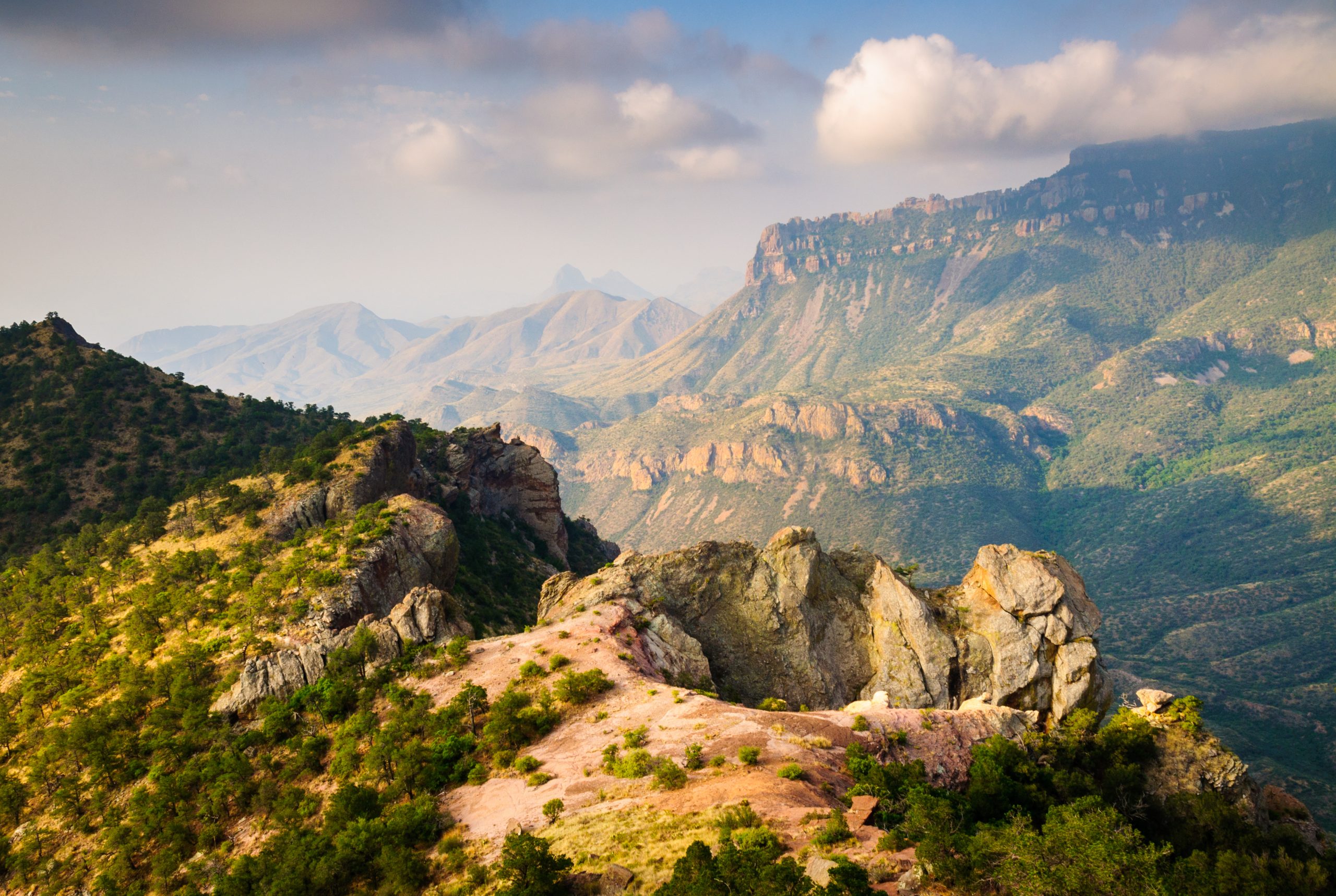 As absolutely fantastic of a city as Austin is, everyone needs a change of scenery once in a while! These weekend getaways from Austin, including everything from national parks to beach towns, are the perfect way to enjoy a change of pace.

Whether you’re planning a romantic getaway, a quick family trip, a vacation with friends, or even a solo adventure, one of these road trips from Austin is no doubt right for you. 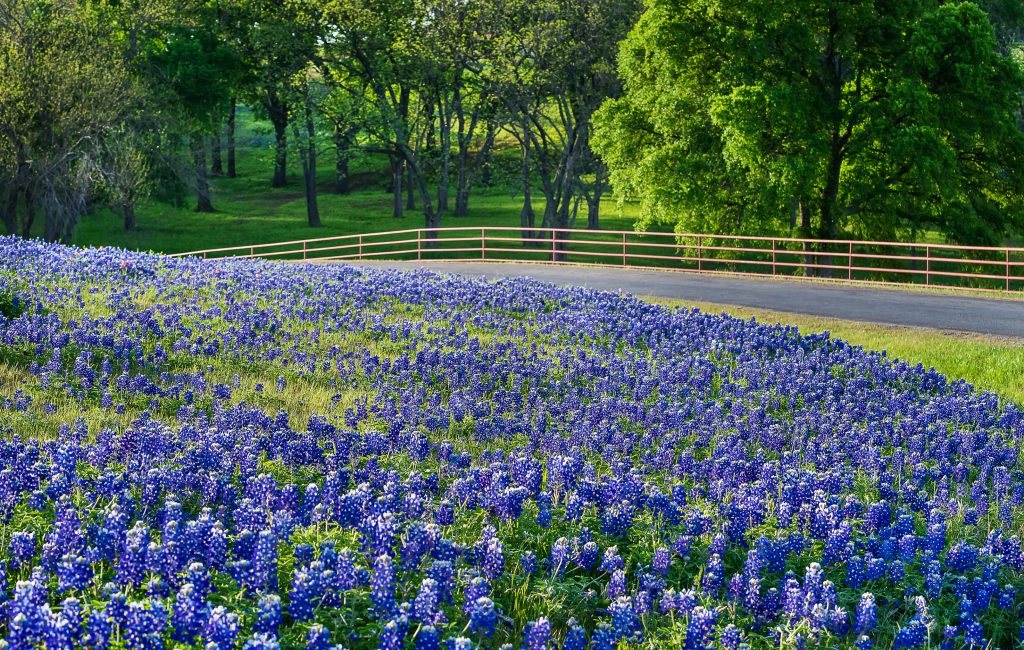 We intentionally structured this guide to the best weekend getaways from Austin to cover destinations between roughly 3 and 8 hours from the city (with a couple of small exceptions).

While there are dozens of destinations closer to Austin that could certainly justify a fantastic weekend escape, including Fredericksburg, Wimberley, Waco, and San Antonio, we have already covered those in our Austin day trips guide, so chose not to include them here.

However, for incredible weekend destinations a bit closer to Austin, be sure to peruse that post as well!

Encompassing more than 1700 acres of beautiful Texas Hill Country, nearly 3 miles of the stunning Frio River, and roughly 16 miles worth of trails, Garner State Park is absolutely one of the best weekend getaways from Austin!

Whether you’d like to hike, camp, float the river, or simply enjoy a picnic and a swim, Garner State Park’s unforgettable beauty will be on full display. 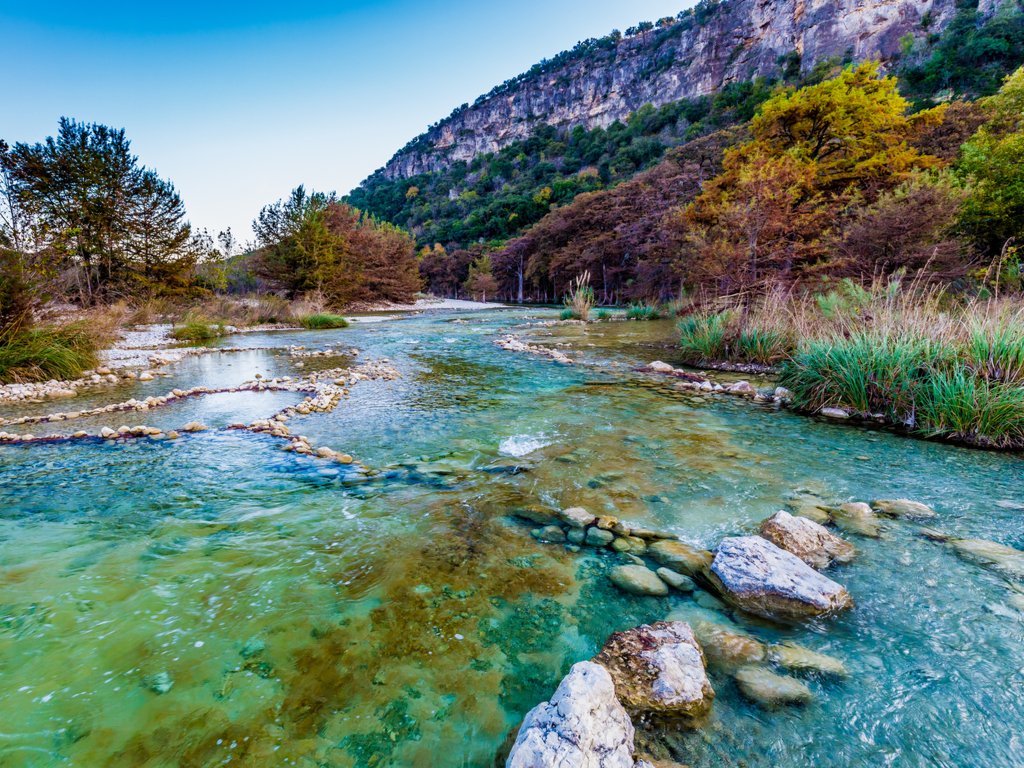 Home to some of the most stunning views in Texas, Big Bend National Park is a fantastic place to hike and explore–don’t miss the incredible Santa Elena Canyon or the Lost Mine Trail while you’re there!

In addition to the national park, the immediate area surrounding the park has plenty more to see, including Big Bend Ranch State Park and the ghost town of Terlingua.

If you’d like to go a bit out of your way, this road trip from Austin can also hit up the ultimate Instagram darling of West Texas–the small town of Marfa. 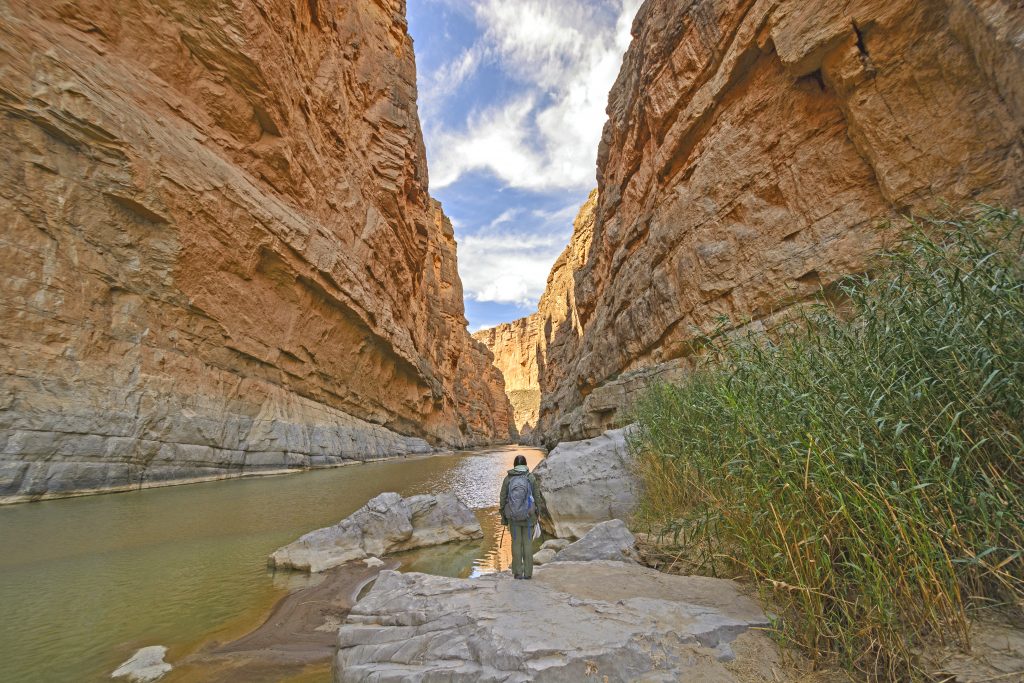 Located just half an hour from Amarillo, not far from Route 66, sits the second-biggest canyon in the USA and one of the best weekend trips from Austin: Palo Duro Canyon!

There are plenty of hikes and overlooks to choose from, but be sure to prioritize hiking to the lighthouse formation! The trail is scorching and can be a bit grueling, especially during the final ascent, but the payoff is absolutely worth it. 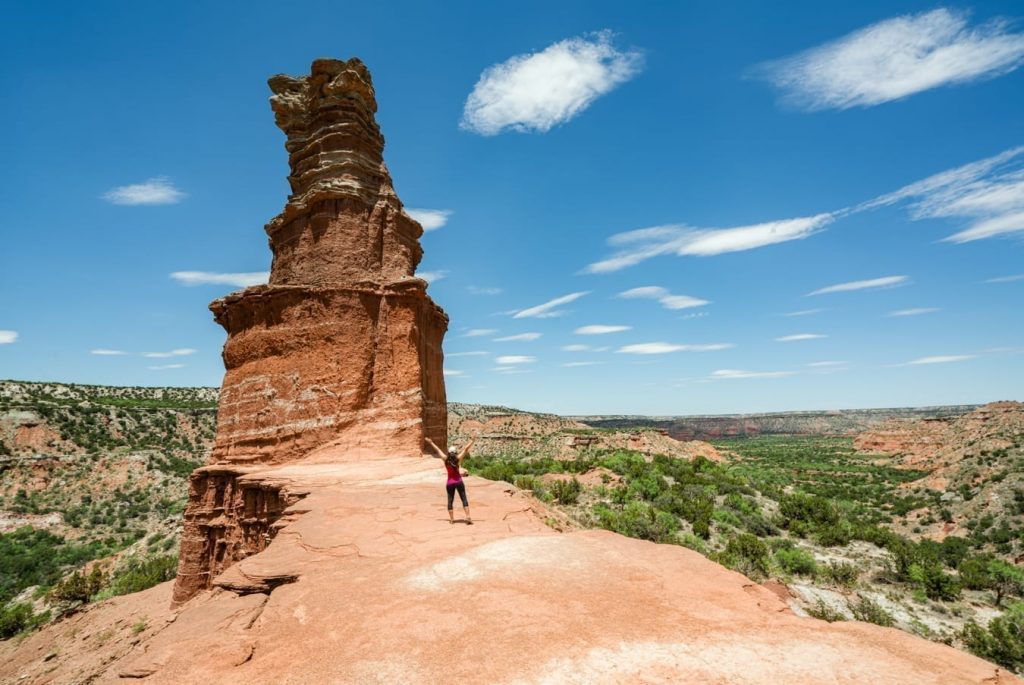 Set just south of the New Mexico border in West Texas, Guadalupe Mountains National Park is home to the four highest peaks in Texas and some incredible hiking trails.

Depending on how long you plan on exploring, you could extend your Austin road trip into New Mexico, as well: just over the border sits Carlsbad Caverns National Park, which features more than 100 caves and is recognized as a UNESCO World Heritage Site. 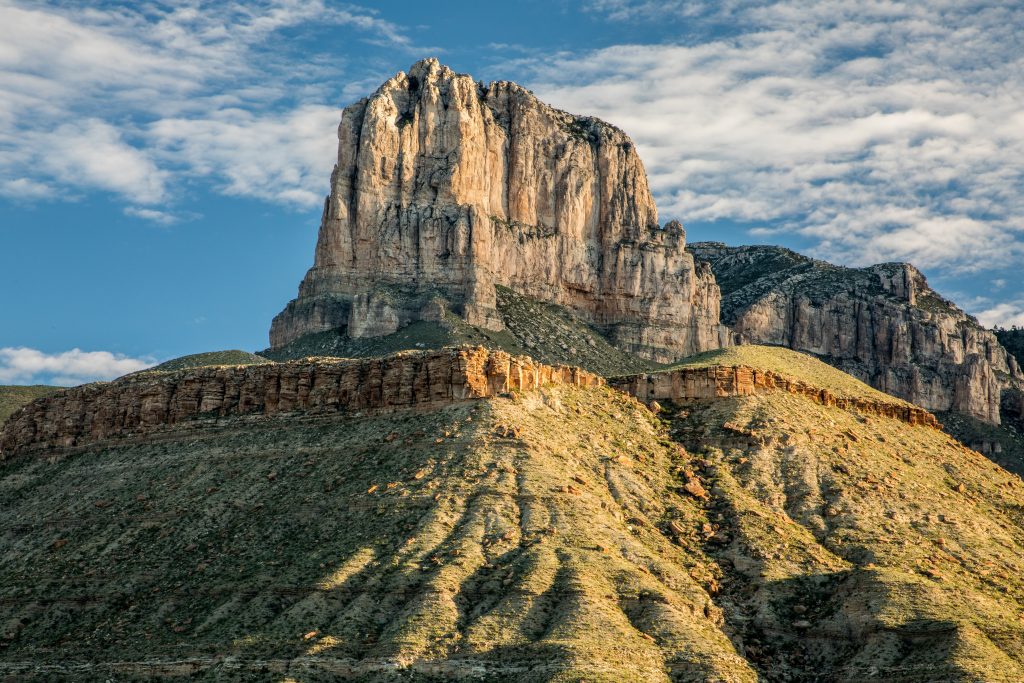 The founder of the National Speleological Association, Bill Stephenson, once said this about the Caverns of Sonora: “This is the most indescribably beautiful cave in the world, its beauty cannot be exaggerated, not even by a Texan.”

With a sales pitch like that, it’s not hard to see why the Caverns of Sonora are among the most famous caverns in Texas!

Even though they don’t take long to tour, they’re a bit far from the capital for a practical day trip–but they are among the best overnight trips from Austin! 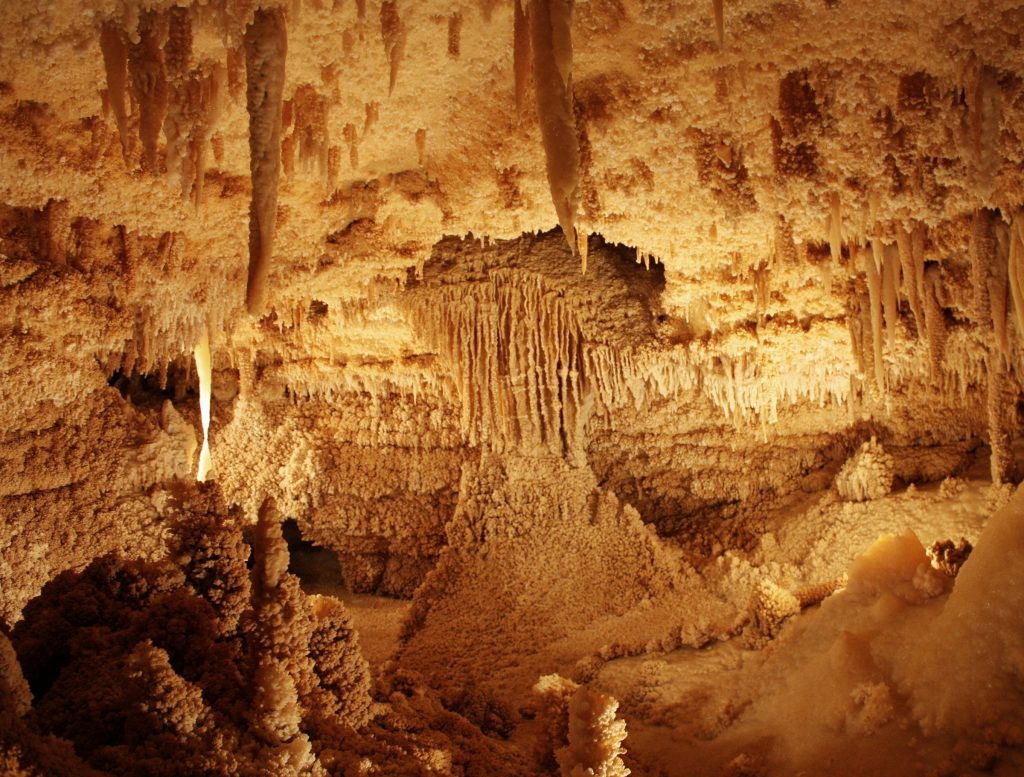 While Texas may be classically characterized as a place of desert landscapes and cowboys, at Caddo Lake State Park, you’ll find a very different side of the Lone Star State–one dotted with giant cypress trees that drip Spanish moss and leisurely canoe rides.

This isn’t a lake for swimming–the alligators who live in the lake are best avoided–but it is utterly beautiful, and a fantastic road trip from Austin for those looking to leave city vibes behind entirely. 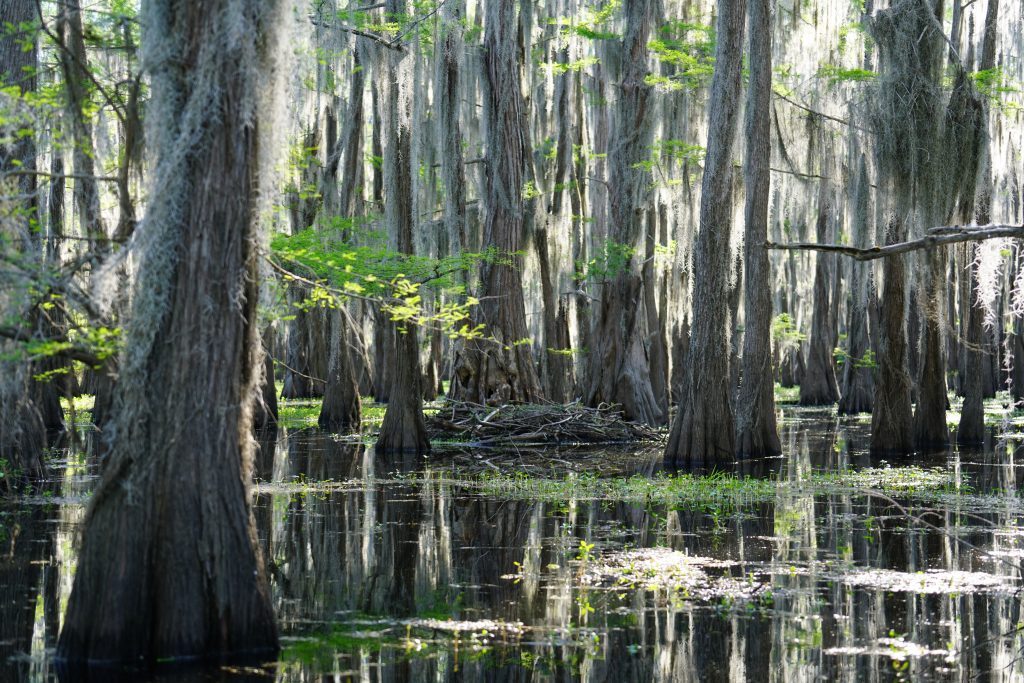 Lost Maples State Park makes for a beautiful weekend getaway from Austin year-round, but never more so than during the fall, when the park becomes one of the best places to enjoy fall foliage in Texas!

The foliage is typically best from late October through mid-November and lasts 3-4 weeks, but the season does vary by year, so if you have your heart set on catching the foliage at its best, be sure to check its status before heading out. 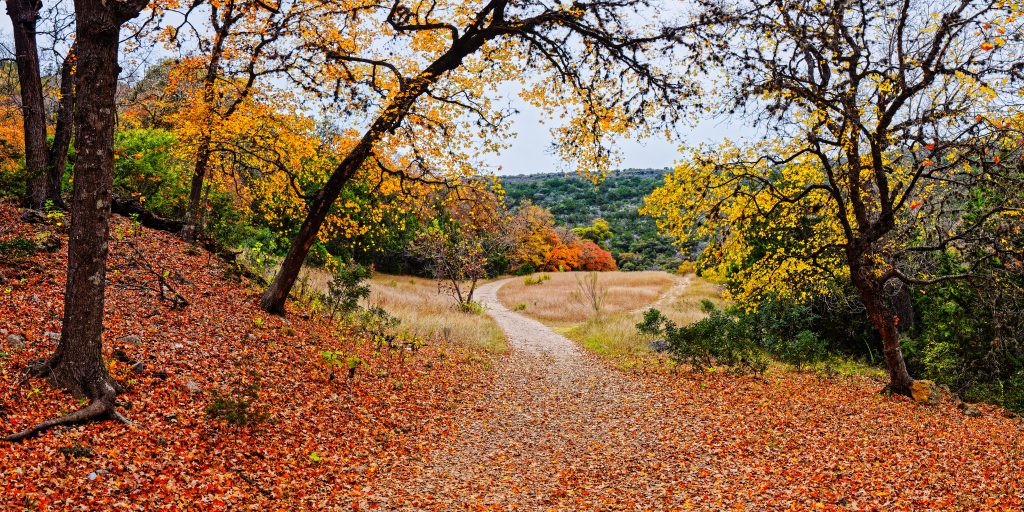 As the largest city in Texas, the fourth-largest city in the USA, and one of the most diverse cities in the country, it’s safe to say that Houston is packed with enough fun things to do to fill more than one weekend trip from Austin!

Be sure to check out the Space Center Houston and NASA–the most famous of all the attractions in Houston–as well as sample some of Houston’s other top museums and parks.

Head to Kemah Boardwalk for a charming slice of Americana, and be sure to enjoy the food scene: Houston’s diversity is perhaps best displayed through its enormous collection of fantastic restaurants featuring cuisines from across the world. 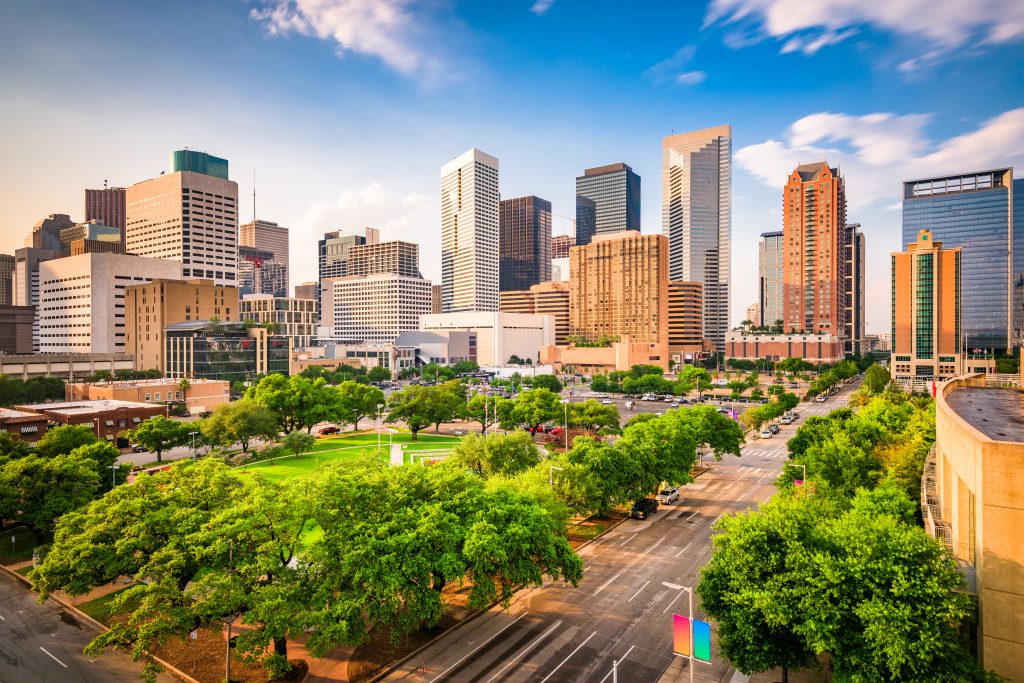 Featuring some of the best food, music, and culture in the USA, having a city as incredible as NOLA reachable as a road trip from Austin is definitely something to take advantage of!

While you’re there, be sure to enjoy Bourbon Street, but get off of it, as well: New Orleans is more than just its incredible partying (though the partying does indeed live up to the legends).

During your weekend in NOLA, consider visiting the Garden District, taking a ghost tour, visiting the nearby bayou, taking a steamboat cruise, and of course, eating plenty of excellent food, from po’ boys to beignets, during the course of your weekend getaway. 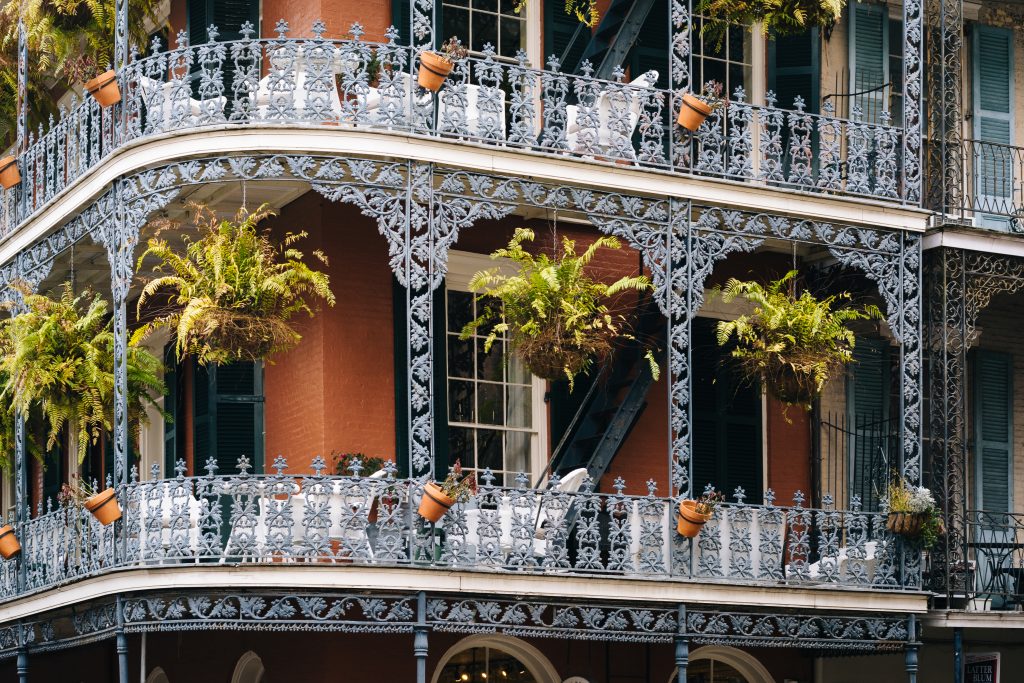 Known for big hair, big (oil) money, and big buildings, Dallas is a quintessentially Texan city–and also one of the fastest-growing cities in the USA, with an excellent food scene and plethora of things to do.

Of course, no weekend trip to Dallas would be complete without a somber exploration of the assassination of President Kennedy, whose murder in Dallas in 1963 is one of the most haunting in the USA’s collective memory.

On a lighter note, though, Dallas offers far more than morbid history: with phenomenal shopping, excellent skyline views at Reunion Tower, walkable neighborhoods like the Bishop Arts District, and great gardens and museums (the Dallas Arboretum is stunning), you’ll find plenty of fun things to do during a weekend in Dallas. 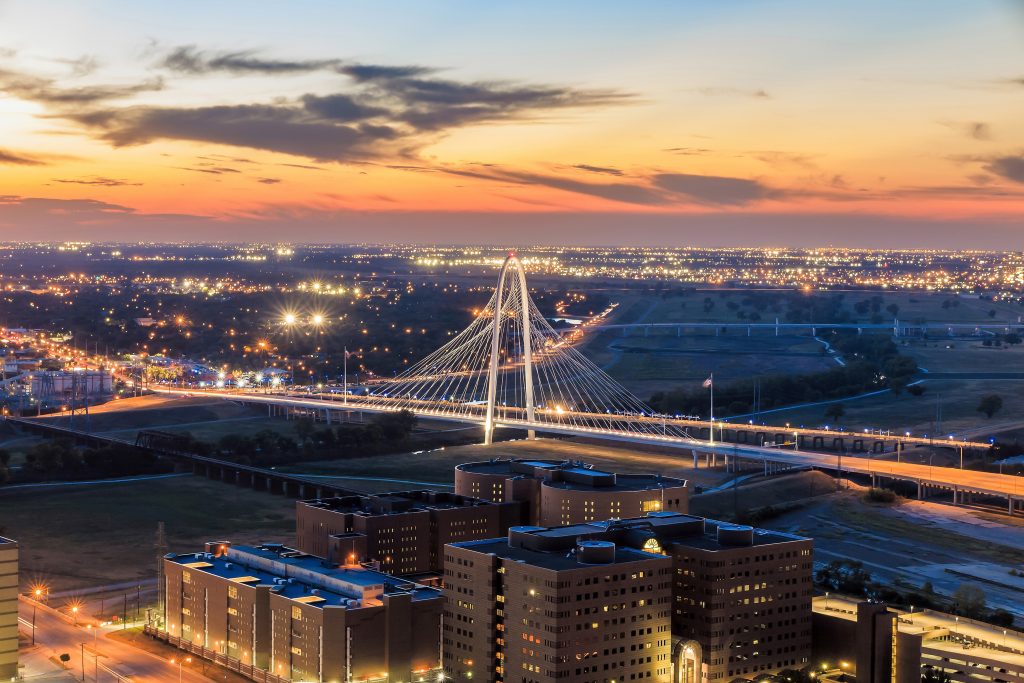 The only tropical island in Texas is, hands down, one of the best road trips from Austin.

Here, you’ll find 34 miles of sandy beaches with calm, beautiful water, dolphins to watch, recovering sea turtles to visit, the opportunity to take a horseback ride on the beach, and some stupendous sunrises.

South Padre Island is one of the most popular beaches in Texas for good reason, and though it is known for its raucous Spring Break parties during March, outside of those weeks, the island is a far more laid-back escape. 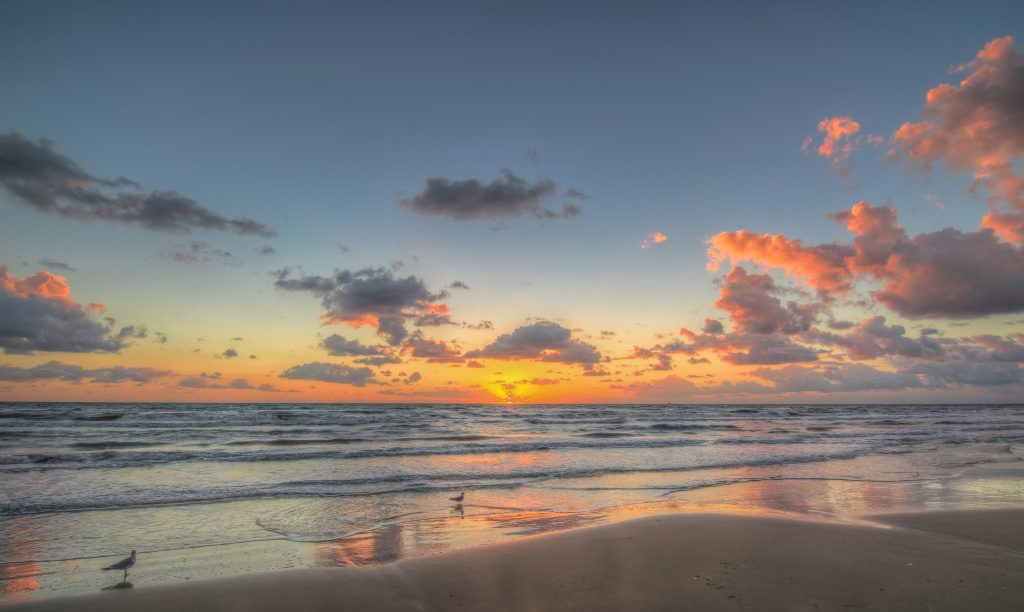 One of the most popular weekend getaways from Austin, but even more so from Houston, Galveston is home to some of Texas’ best-known beaches!

With miles of coastline, a small, picturesque theme park on the Galveston Island Pier, the East End Historic District that features beautiful Victorian-era homes, and tons of family-friendly attractions and parks, Galveston is a favorite for families looking for a quick beach trip in Texas. 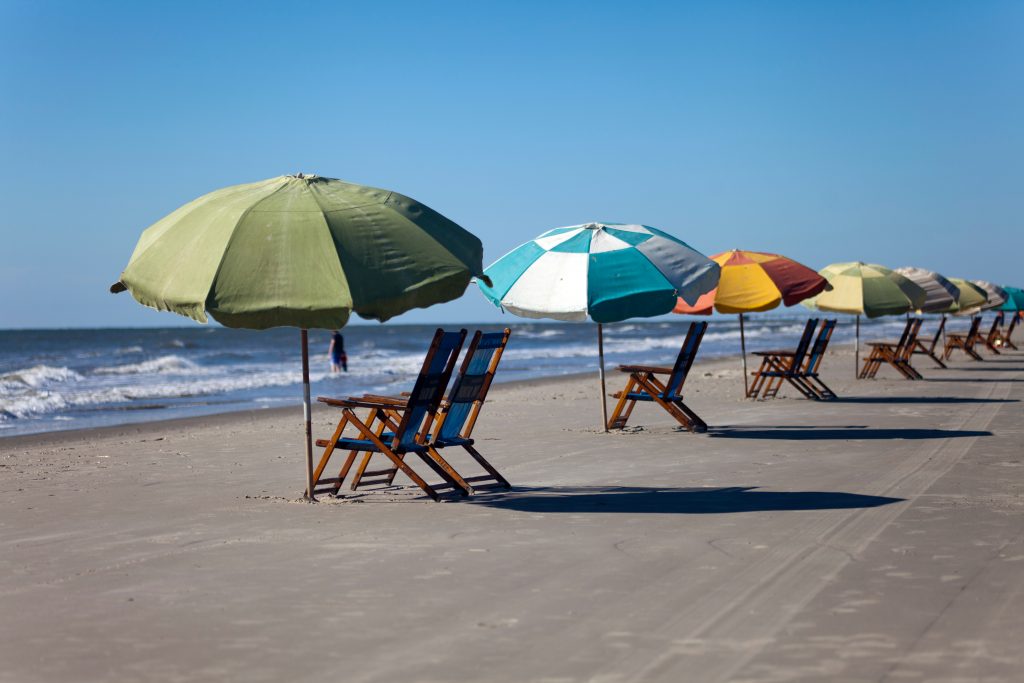 As one of the closest beaches to Austin, Corpus Christi is popular with visitors looking to enjoy the beach for a bit while still retaining access to some small tastes of city life, like the beautiful Art Museum of South Texas and the interesting USS Lexington, a WWII-era aircraft carrier turned museum. 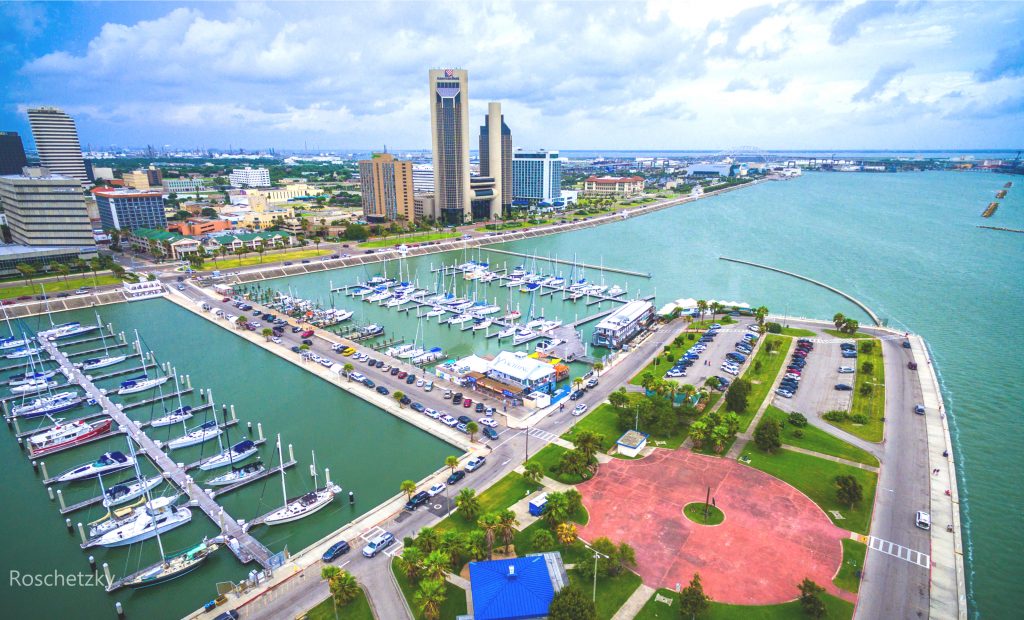 Just a bit further from Austin than Corpus Christi–really, so close that you can conceivably visit both places in one trip if you’d like to–sits Mustang Island, a barrier island that is a popular Austin road trip for those looking for beach towns a bit quieter than Corpus Christi.

Port Aransas, the largest town on the island, has a population of merely 4,000, making Mustang Island a laid-back retreat for those looking to fish, go boating, or simply take a swim. 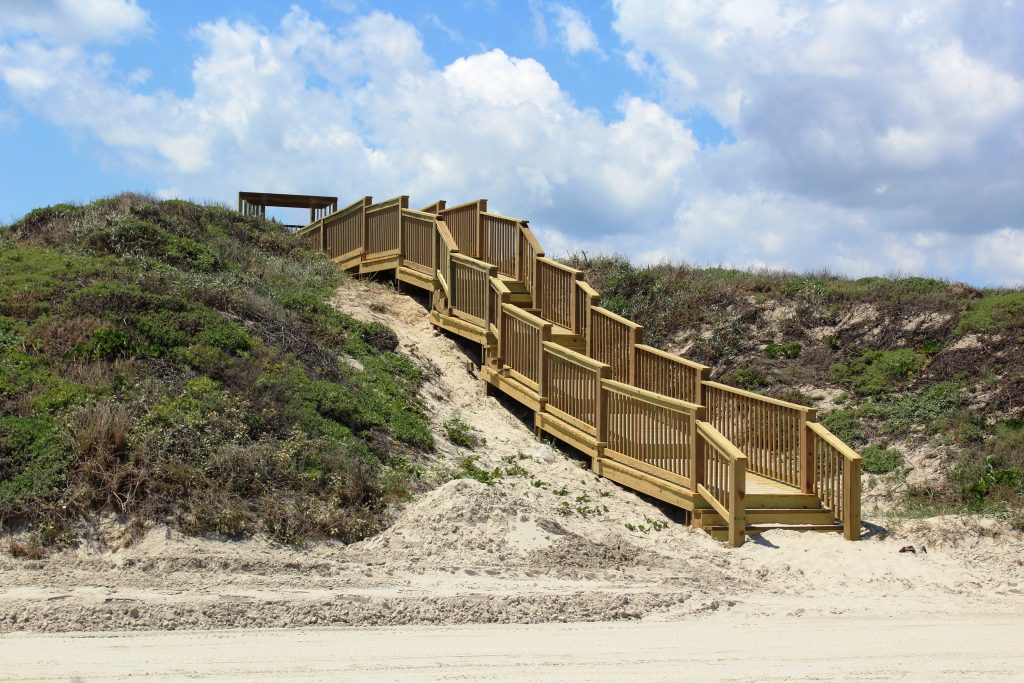 Of all of the weekend getaways from Austin outlined here, this one is the closest to the city–but the best thing to do in Bandera definitely justifies more than a day trip!

As the self-proclaimed Cowboy Capital of the World, Bandera is known for its horseback riding, outdoor activities, and dude ranches!

If you’ve ever wanted to try your hand at staying on a dude ranch, a weekend in Bandera may be the perfect road trip for you. 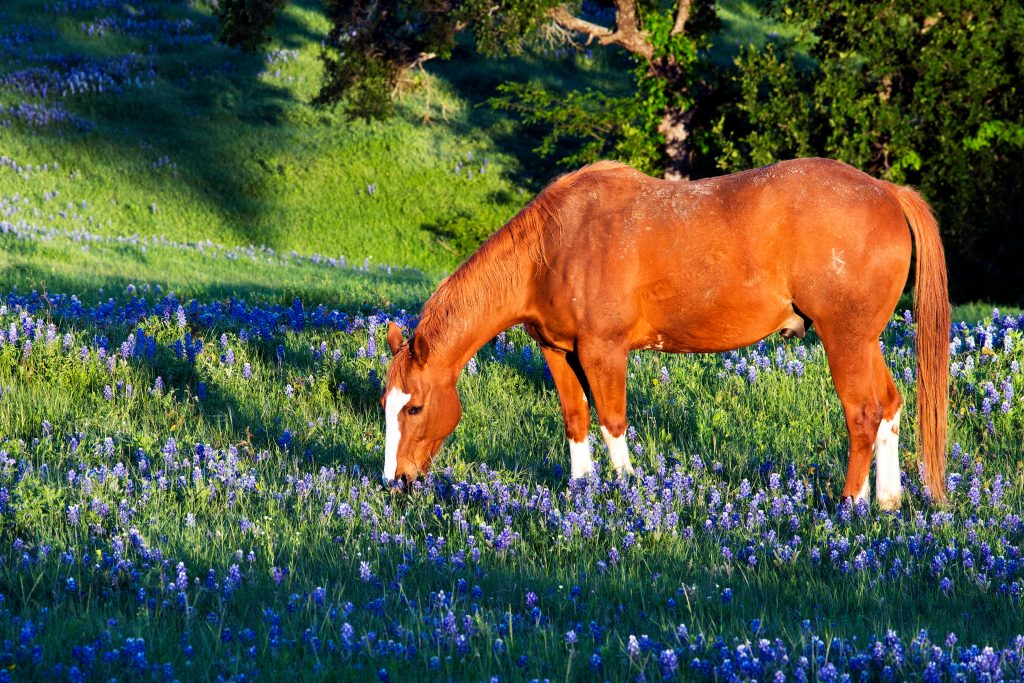 As the home of the official Texas Bluebonnet Trail, Ennis (located about 45 minutes from Dallas) is the ultimate road trip from Austin when the flowers are blooming each spring.

Even outside of bluebonnet season, though, Ennis still has plenty of charms that make it worth visiting, including Bardwell Lake, a drive-in movie theater, and historic downtown. 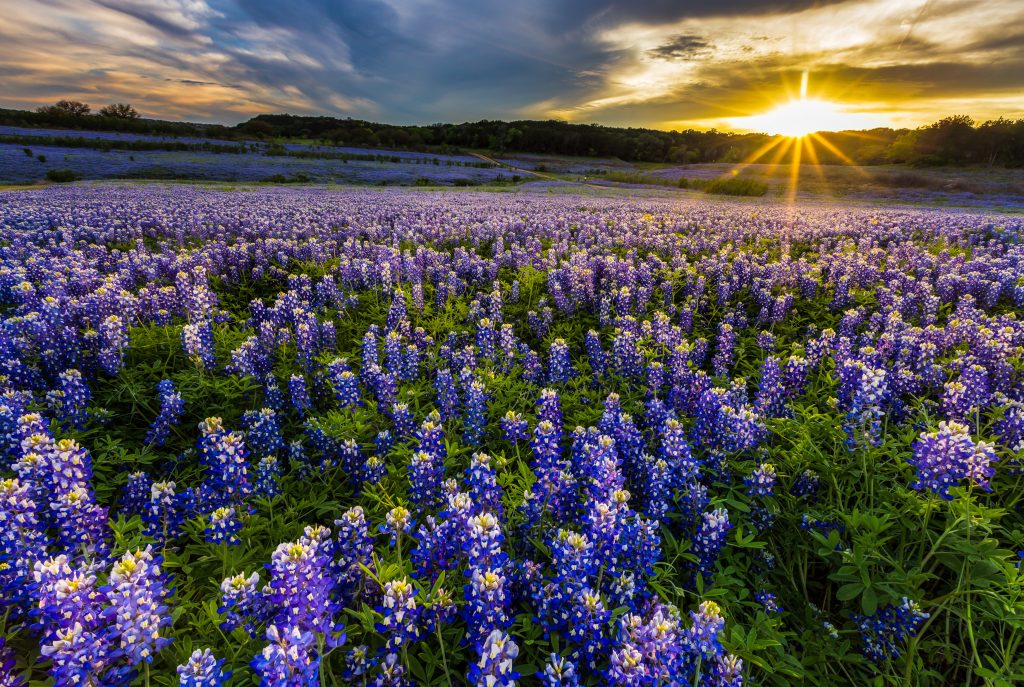 Drive into Dublin, and you’ll be greeted with a gigantic sign in the shape of a 4-leaf clover that reads “Welcome to Dublin, Texas”, making it immediately obvious that Dublin considers it the Irish capital of Texas!

READ NEXT
11 Things to Do in Dublin, TX (Dublin Bottling Works + Beyond!)

Without a doubt, Dublin is one of the best weekend getaways from Austin!

Map of the Best Weekend Getaways from Austin 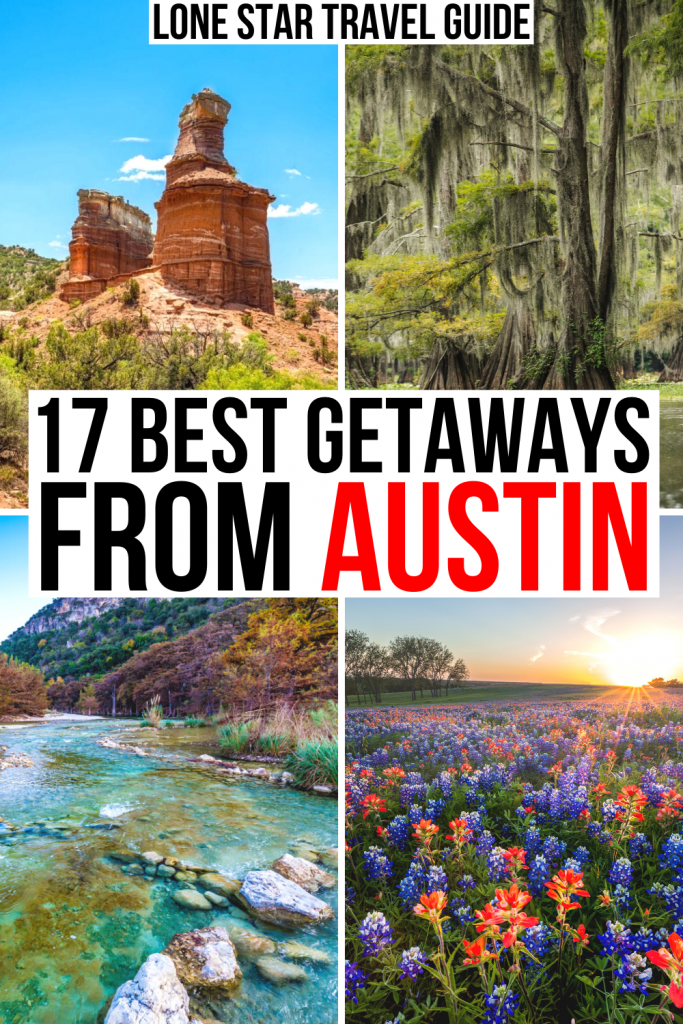