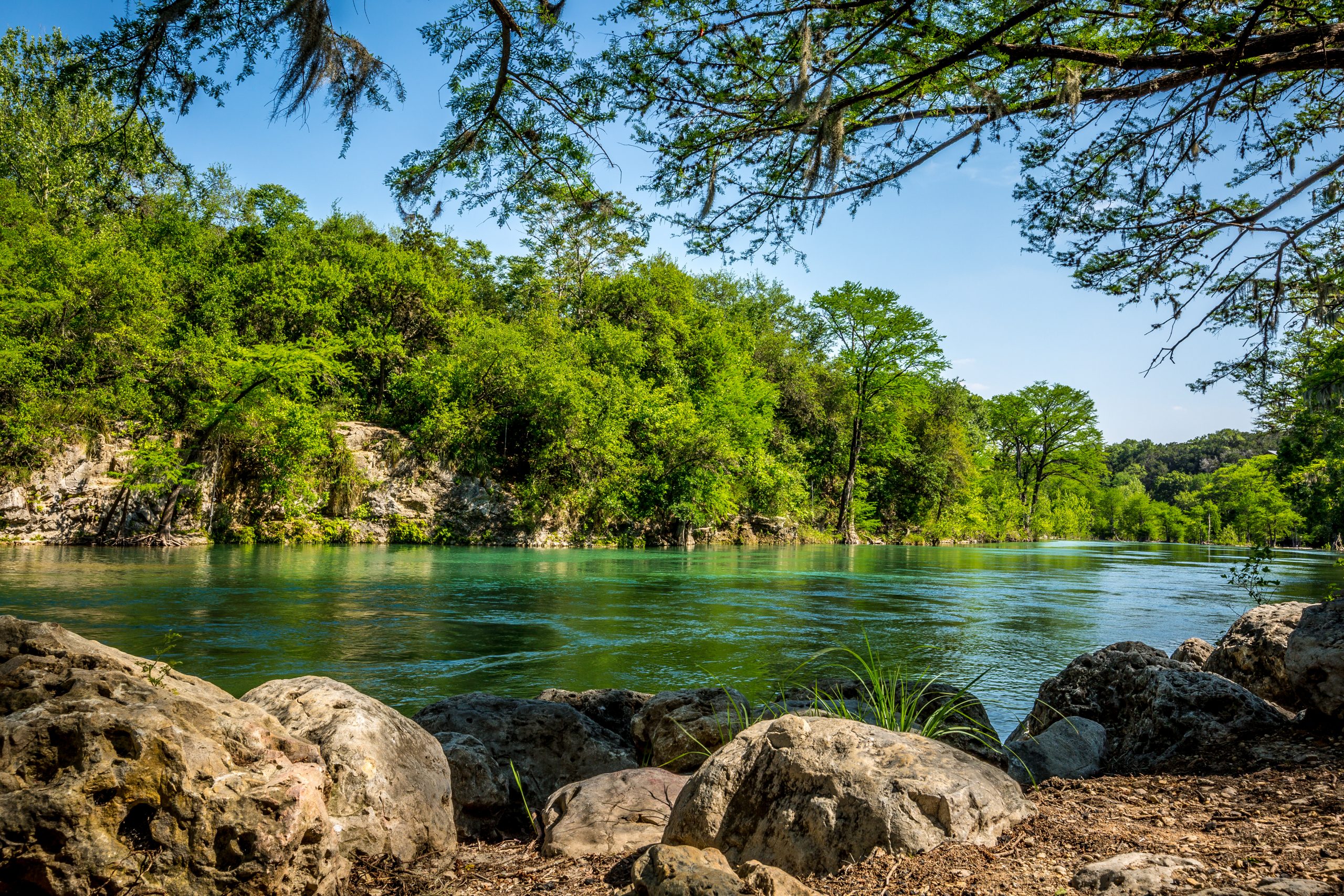 Driving from Austin to San Antonio not only means traveling between two of Texas’ most popular cities to visit, it also gives you an opportunity to seek out some fun things to do along the way!

If you’re driving between the two cities (this guide also works if you’re driving from San Antonio to Austin), here’s how to make a fun, if quick, road trip out of the day! 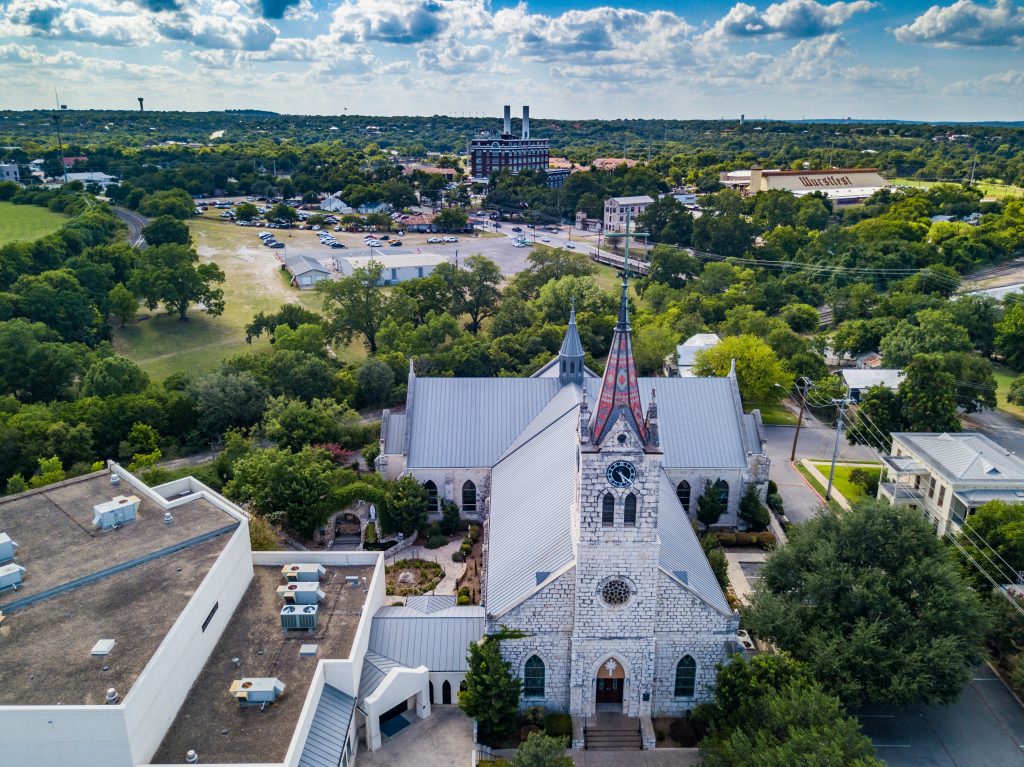 Honestly, the roughly 80-mile route along I-35 is the opposite of scenic, unless you consider general interstate views peppered with a side of suburban sprawl to be scenic.

But here’s the thing–just beyond the unremarkable highway views lie some of the most popular places in Texas, from truly legendary barbecue joints to state parks featuring gorgeous rivers and hikes.

If you choose to take the backroads rather than the interstate, you’ll find plenty of small towns along the way–but we recommend having a plan in place before you go.

It’s very easy to accidentally head right past something interesting or beautiful when taking a road trip between Austin and San Antonio! 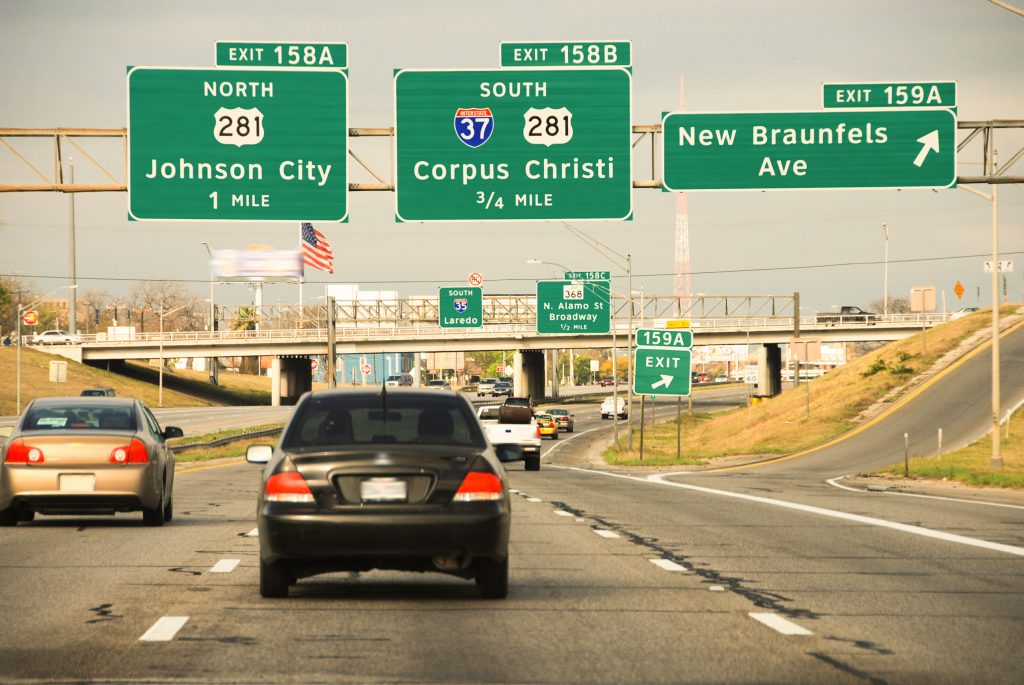 How long does it take to drive from Austin to San Antonio?

In practice? It varies dramatically.

The I-35 corridor between San Antonio and Austin has a tendency to get extremely backed up, especially when entering and leaving the cities.

We recommend avoiding rush hour if at all possible when driving from San Antonio to Austin (or vice versa). 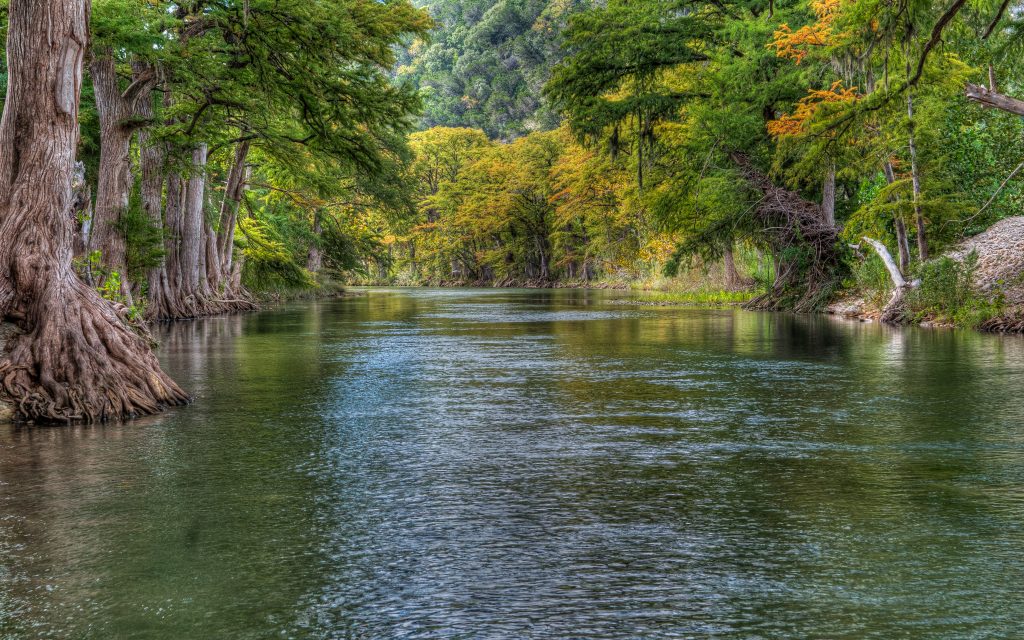 Where to Stop When Driving from Austin to San Antonio

If you just pass by San Marcos on the highway, you may only notice its famous outlet mall (more on that below), but the home of Texas State University has far more to offer visitors–including water flowing through the San Marcos River that is so clear, you can even go snorkeling!

Whether you’d like to swim, snorkel, float the river, take a glass-bottomed boat tour, or just enjoy the views from the shore, San Marcos’ rivers are absolutely worth exploring. 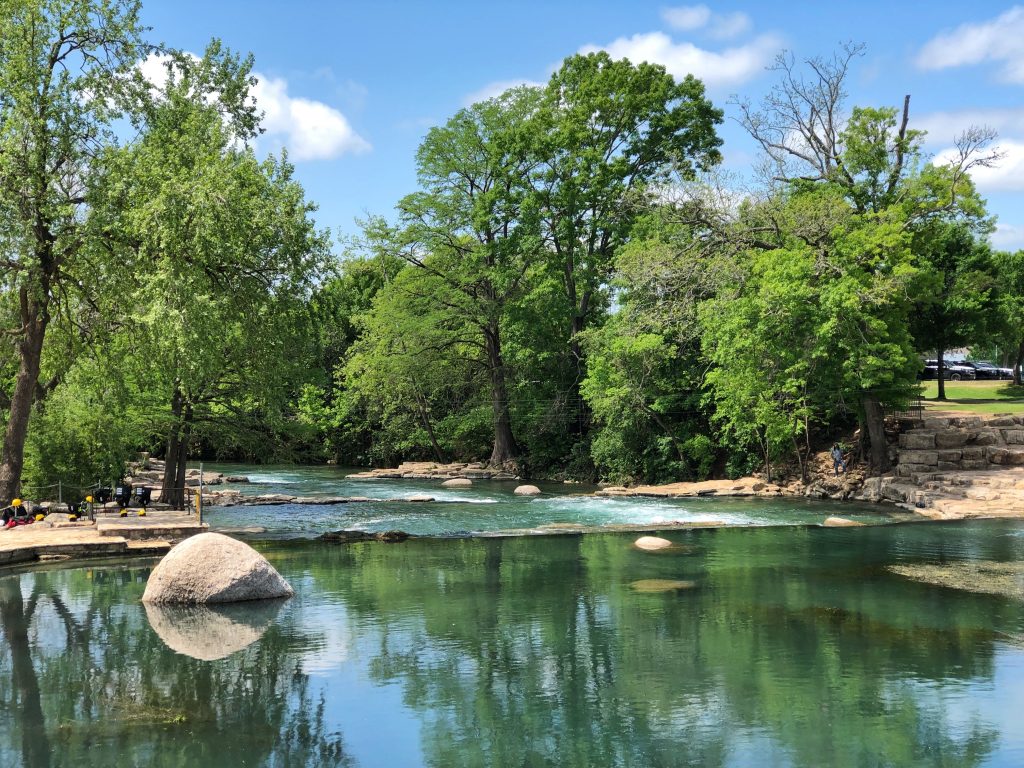 New Braunfels is not only one of the best towns to visit between San Antonio and Austin, it’s also home to several of the most popular things to do in Texas!

New Braunfels is an extremely popular place to float the river, thanks to the fact that the Guadalupe River and Comal River both flow through it.

READ NEXT
17 Fun Things to Do in New Braunfels, TX

It’s also home to the Gruene Historic District, home to plenty of small-town charm with German roots, and one of the most famous dance halls in Texas!

To top it off, New Braunfels is also where you can find the original Schlitterbahn Water Park, a Texas favorite for generations.

Whatever you like to do, there’s no doubt that New Braunfels is an unforgettable stop on an Austin to San Antonio road trip! 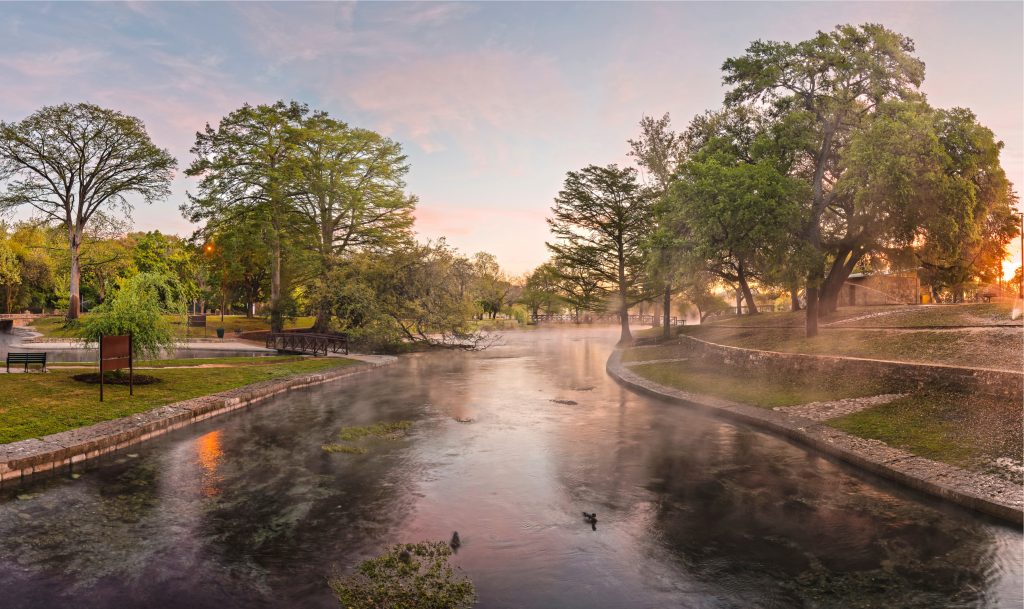 For shoppers, the Outlets of San Marcos (made up of both the San Marcos Premium Outlets and the Tanger Outlets, which are located side-by-side), are a destination unto themselves.

As one of the largest outlet malls in the USA, you’ll virtually always find a crowd and plenty of familiar brands here. 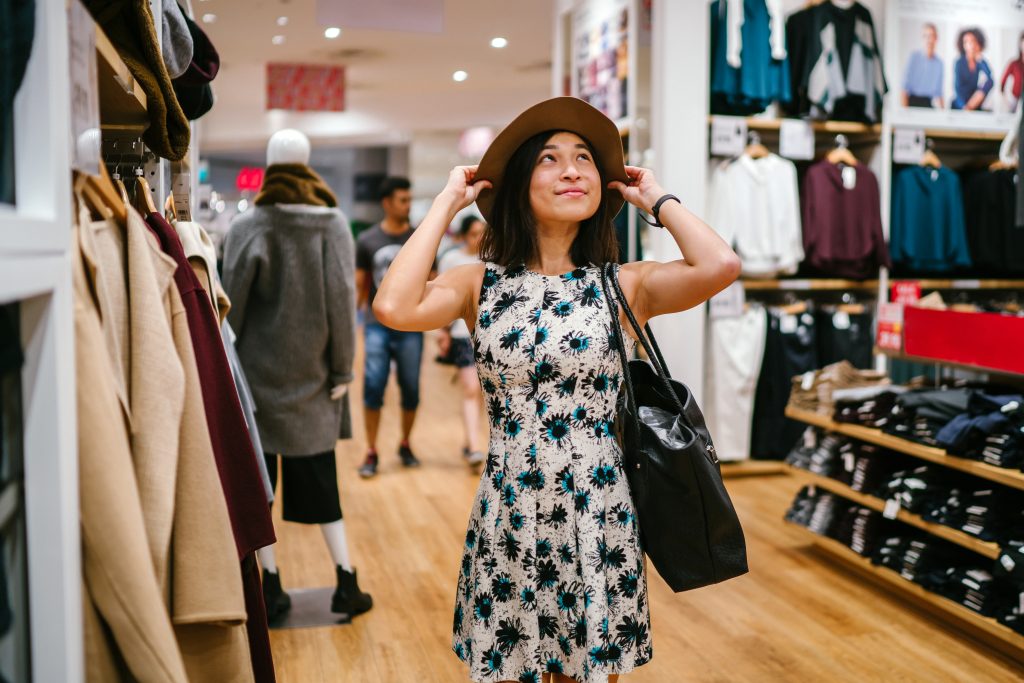 Want to prioritize lunch when driving from Austin to San Antonio?

If so, you can’t go wrong with a stop in Lockhart–the barbecue capital of Texas! Be sure to arrive in Lockhart with an empty stomach and a big appetite.

Smitty’s, Kreuz, and Black’s are among the most legendary barbecue spots in the area, but Lockhart is also home to plenty of breweries and a big helping of small-town Texas charm. 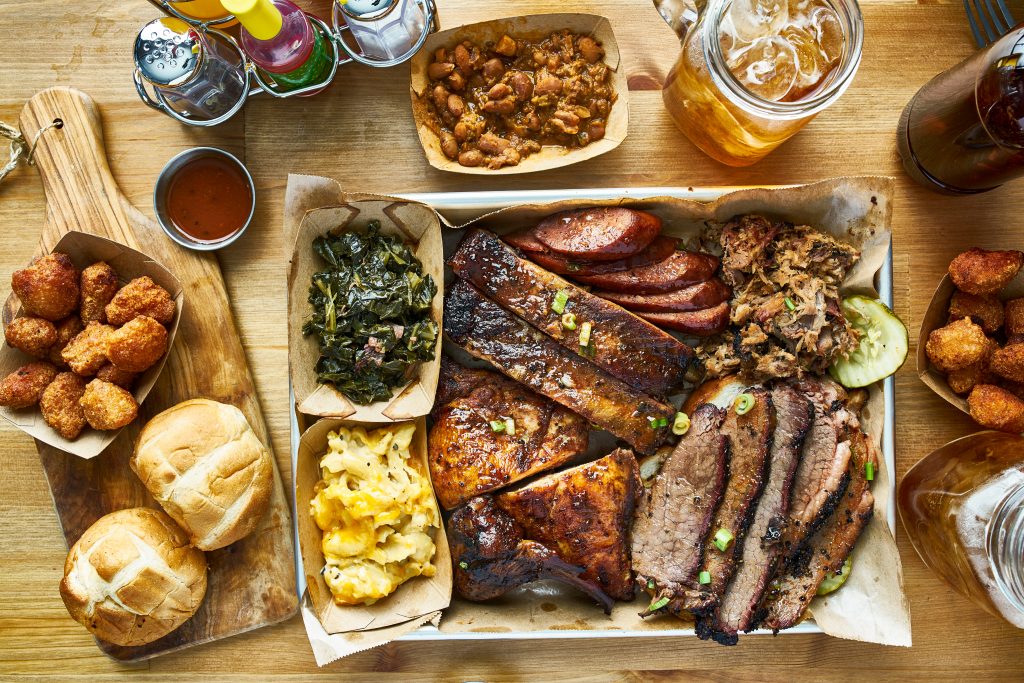 Located just 15 minutes out of the way when driving between San Antonio and Austin, visiting Natural Bridge Caverns is an easy way to get underground and experience one of Texas’ best limestone caverns.

Named for its stunning, naturally occurring, 60-foot limestone bridge, Natural Bridge Caverns have been delighting visitors for decades, and it is the largest cavern that you can visit in Texas!

Tips for Driving from Austin to San Antonio

Avoid rush hour if you can.

Traffic can be extremely heavy on this route, especially if you stay on I-35 the whole time.

The more you can avoid driving at peak times, the better!

Make at least one stop along the way.

Sure, you don’t have to take a full day to complete the Austin to San Antonio drive–but with such an enormous variety of places to visit along the way, it’s worth making at least one stop! 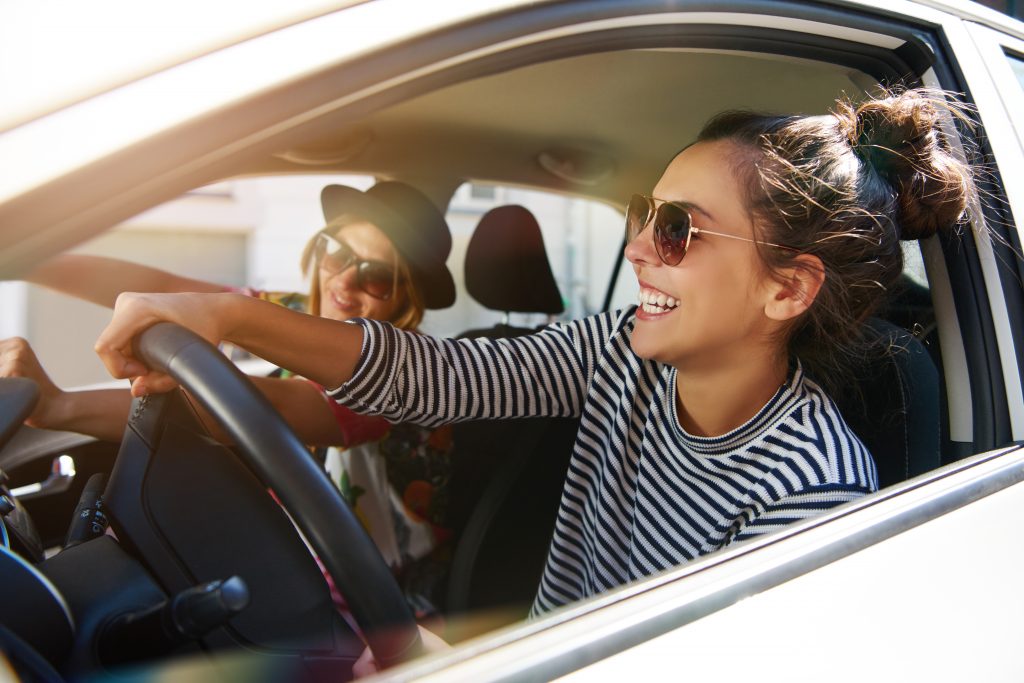 With an endless number of barbecue joints, TexMex restaurants, breweries, and delicious local restaurants of all kinds along the route from San Antonio to Austin, it’d be a shame to end up going through a drive-thru for lunch!

For example, alternatively, you can jump on Highway 130 for part of the way, or for a truly out-of-the-way scenic route through the Hill Country, you could even make a day of it and take Highway 281.

If your priority is scenery rather than efficiency, you have plenty of options!

If you want to make a full day trip of it, consider visiting the Hill Country.

Popular Texas Hill Country destinations like Canyon Lake, Wimberley, Dripping Springs, Guadalupe River State Park, and Fredericksburg are located either west or southwest of Austin, and north or northwest of San Antonio (depending on the destination).

They’ll add, as a rough estimate, about an hour of driving time between the two cities (though that varies dramatically depending on where you’re going), but if you’d like to squeeze a day trip to the Hill Country when driving from Austin to San Antonio, it’s definitely doable! 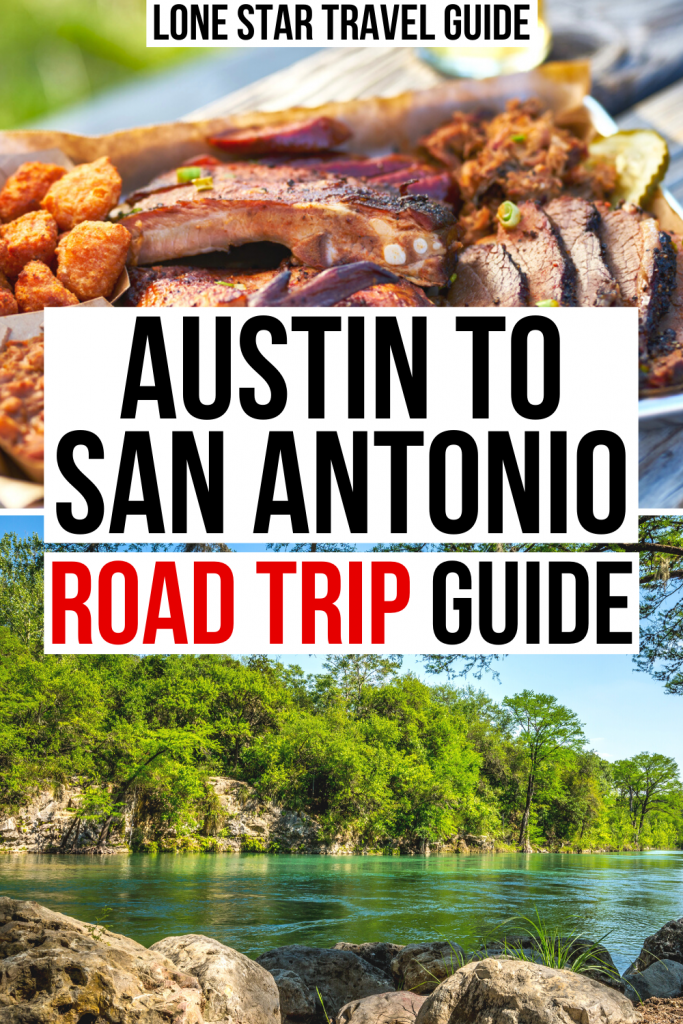