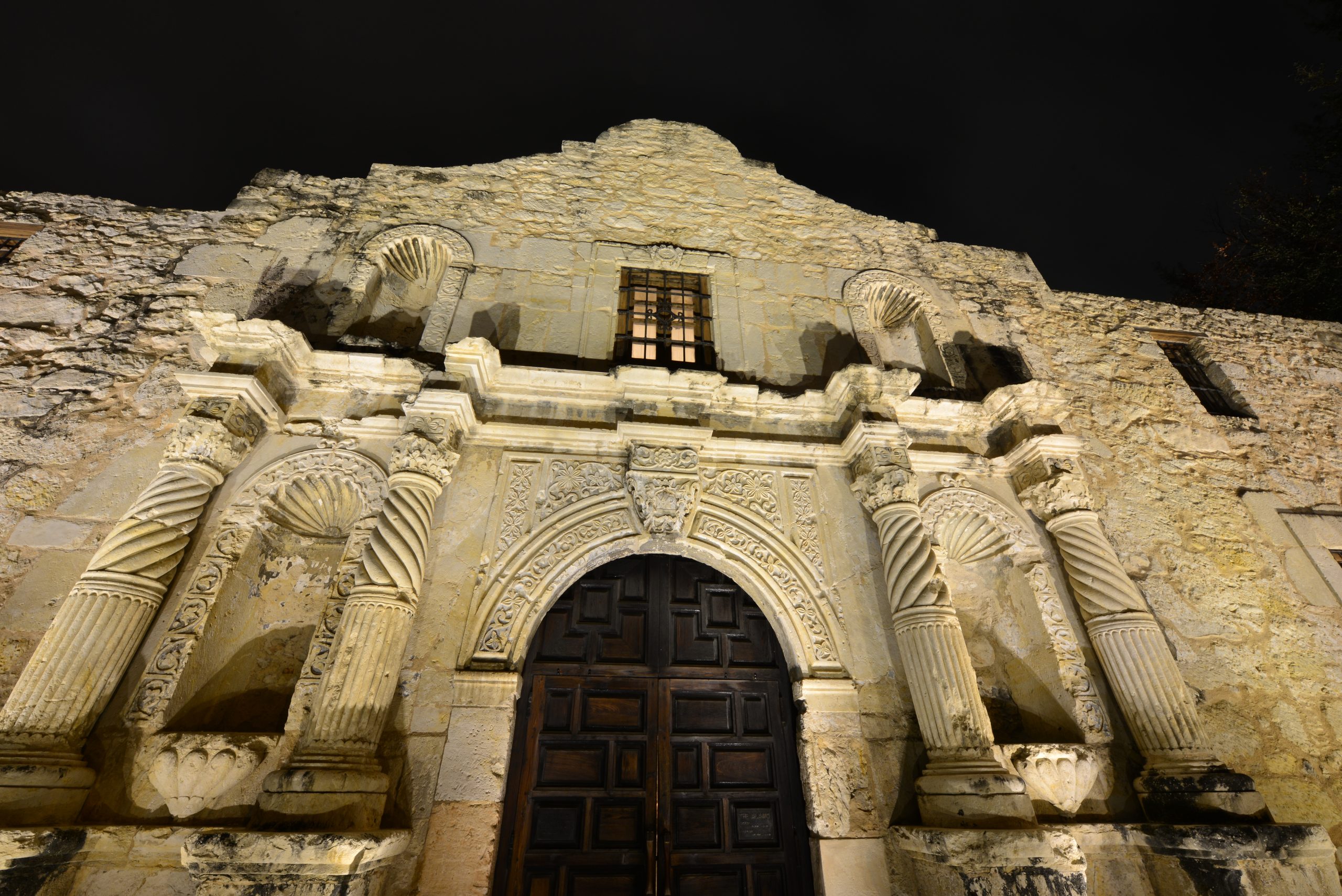 Tourists flock to San Antonio for delicious food, the River Walk, and the bright atmosphere which makes the city so lively and beautiful during the day–but for visitors interested in spooky legends, there are plenty of haunted places in San Antonio to explore after dark.

With 300 years of turbulent history since its beginning in 1718, it is no surprise that San Antonio is one of the most haunted cities in Texas.

From the spirit of a horse to the vengeful ghosts of butchered soldiers, haunted San Antonio has something spooky for everyone to explore. 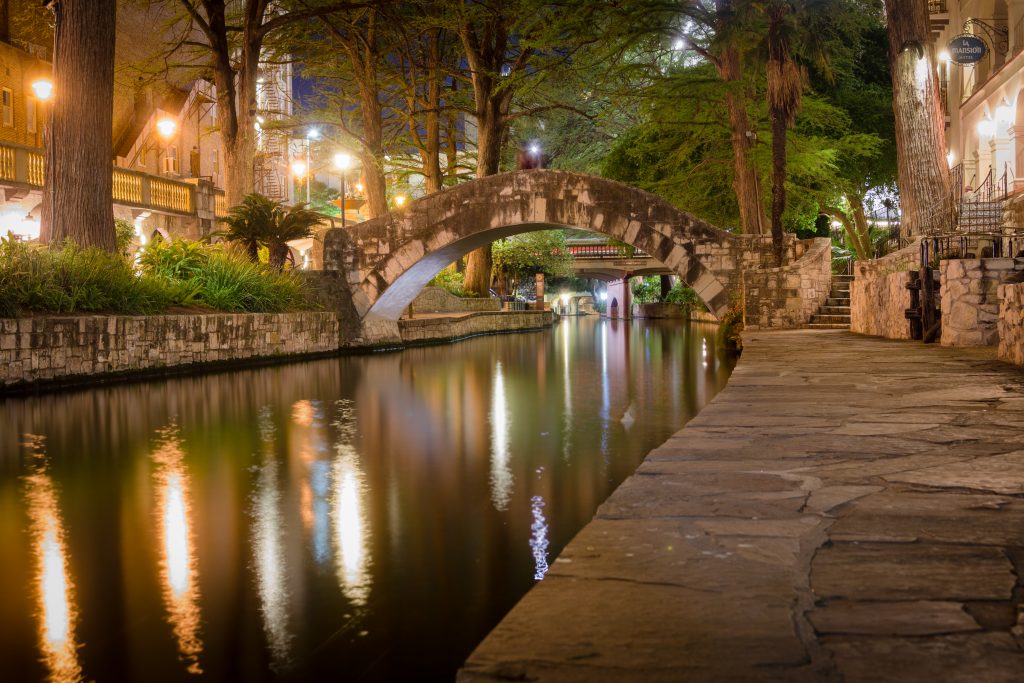 Hoping to hear more spooky stories and urban legends while in San Antonio?

This San Antonio ghost tour will help you discover some of the most haunted San Antonio destinations in person! 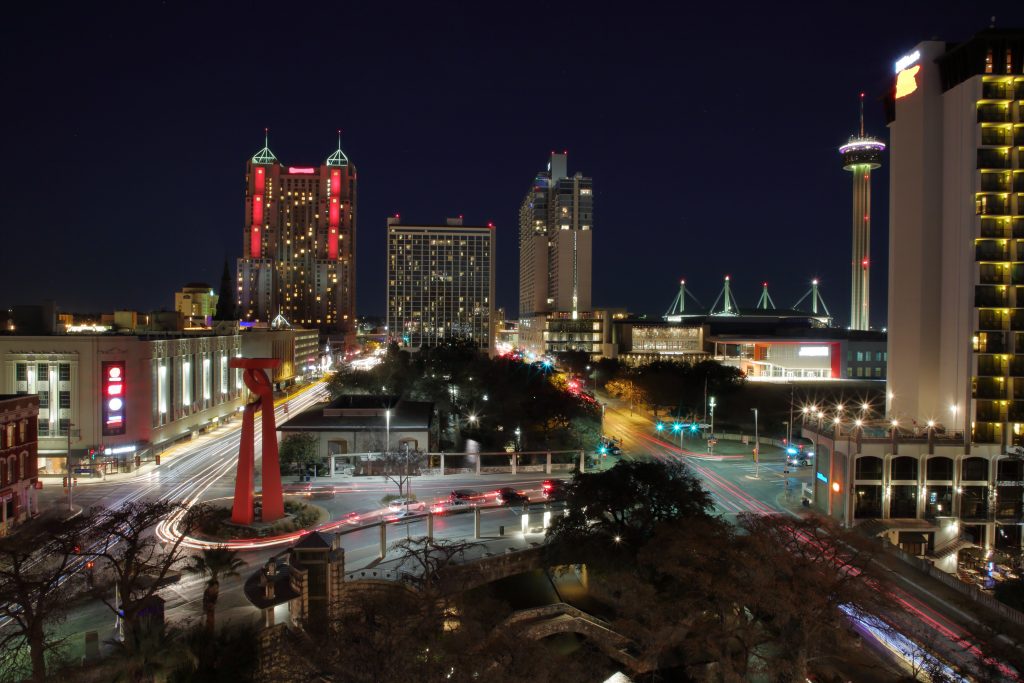 The Most Haunted Places in San Antonio, TX

The Grave of Pat the Horse

A horse once held at Fort Sam Houston was so beloved by the soldiers stationed there, they could not bear to see him die in battle as a military horse.

After successfully relieving him of his duties, the military gave him the status and treatment of being a regular horse while he lived at the Fort for the rest of his life.

When he died of old age, they gave him a grand funeral as they deeply mourned his loss.

The grieving soldiers buried him in central San Antonio where his headstone sits just as magnificent as their funeral.

Today, it is said that at dusk, one can hear his ghostly hooves clunking against the street as he whinnies from the great beyond.

A small reminder to those who visit his remains that he never left nor forgot the kindness humans showed him. 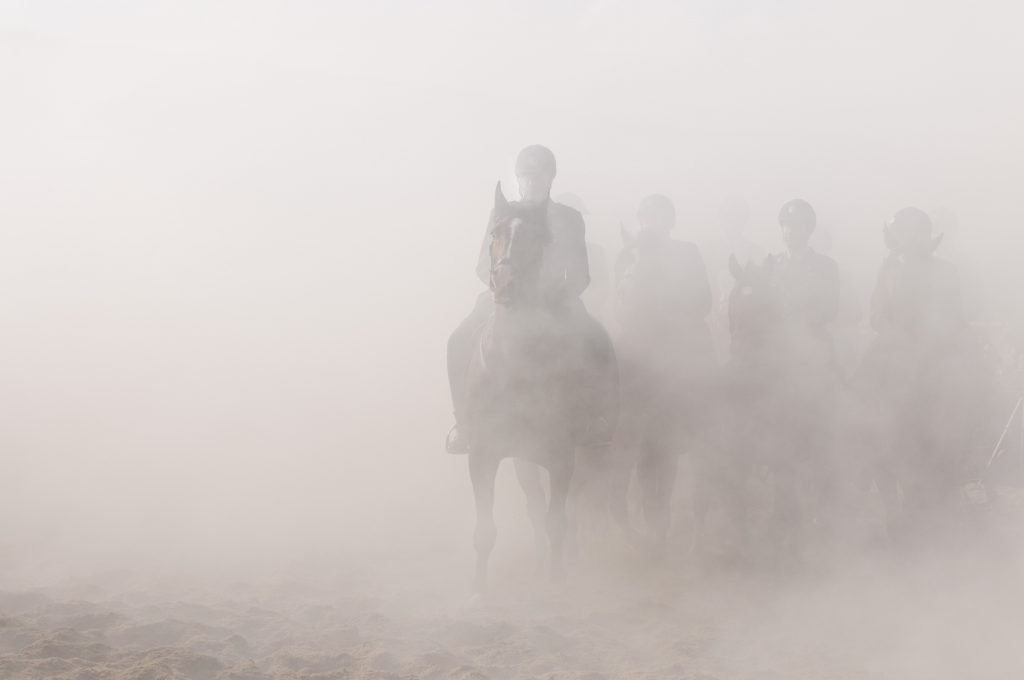 The Emily Morgan Hotel is located where the Battle for the Alamo happened, over what would have been the barracks of the fortification.

The building that would eventually become the hotel was a medical facility that cared for patients.

Today, phones in the rooms will ring but no one is on the other end, rooms will be in disarray after just being cleaned and doors will inexplicably open and close.

Medical odors waft in and out just as shadows and figures move about.

While the hotel likes to deny it is haunted, guest experiences arguably prove otherwise.

Want to check in to one of the most haunted hotels in San Antonio?

Book your stay at the Emily Morgan Hotel today! 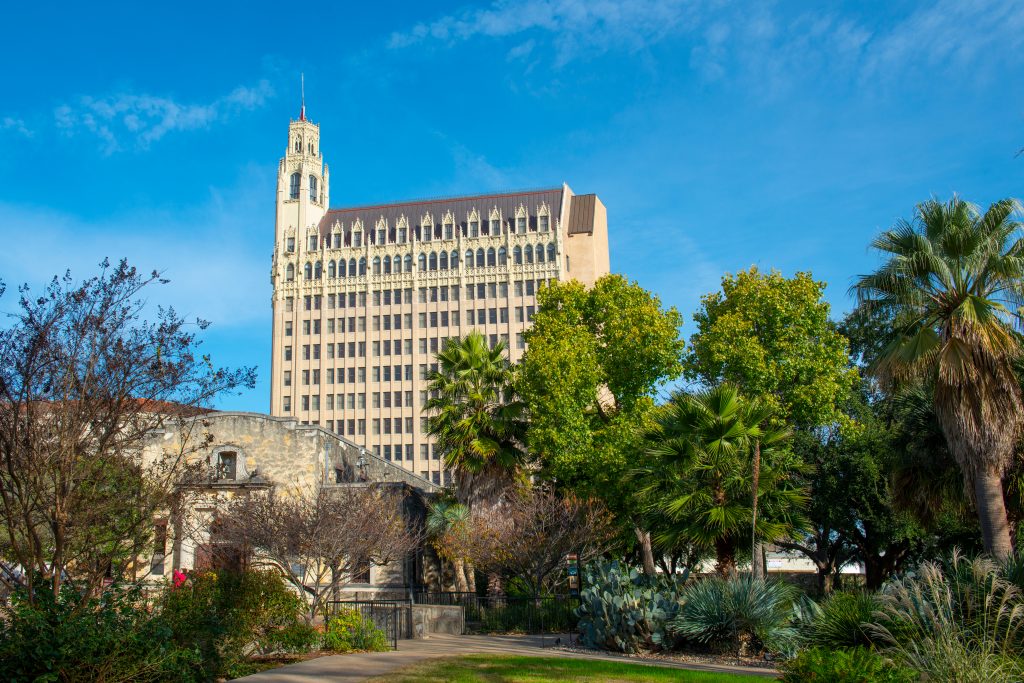 One might think gardens would be the last place one might haunt for the rest of eternity.

However, that would be wrong, at least for the San Antonio Botanical Garden. Those who work there know they are never alone.

The gardens are located close to Fort Sam Houston, which is known for its own ghosts as well.

The main ghost reported making continuous appearances is that of Miss Sullivan, a little girl who can be found running around and amongst the flowers, even when no one else is around.

The other is that of a man who rides headless atop a phantom horse. 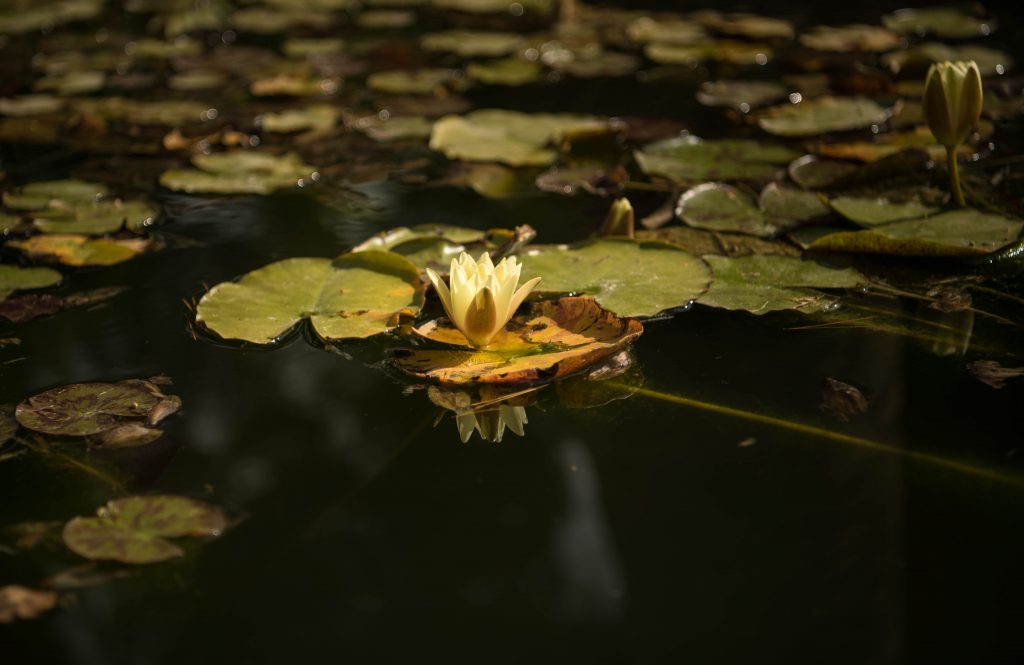 Our Lady of The Lake University

In the Westlawn neighborhood of San Antonio sits a Catholic university modeled to look just like a castle.

Despite its relatively brief history since being built in 1895, at least two spirits are known to haunt the college.

The first is that of Jack, who pranks new students by turning lights on and off, locking doors unnecessarily, and moving objects around in one of the dormitories.

While they know him to be the cause of some mischievous behavior, he is not the only ghost that inhabits the University.

The second spirit is that of a shadowy nun who has been seen all over campus and considered to be much more sinister, slamming doors and terrifying students with her smoky figure.

The Institute of Texan Cultures

Featured on Travel Channel’s Paranormal Caught on Camera, this museum is home to more than just one ghost.

One is believed to be that of a Native American woman who occasionally appears as a full-bodied apparition but has not been caught on camera.

Another is a different spirit that has been heard speaking on a recorder, observed opening doors, and occasionally appears on tape.

The most interesting fact is that the incidents take place mostly at night, although a few have taken place during the day.

Ghostly activities which have been observed by guests and employees are cold spots and orbs.

This beautiful home, which is now used as an event venue, ranks among the most haunted places in San Antonio.

Once a private residence and later a church, the building is now home to spirits who interact with the occasional guest.

The ghost that inhabits the building moves objects around, the source of phantom footsteps, and moves the portrait of the wife of the original founder around as it sees fit.

Not much is known about what happens when not in use, but there is likely more going on than has been reported.

Should anyone wish to know more, all they would have to do is book the venue for an event and find out for themselves.

A lesser-known hotspot for paranormal activity would be that of Comanche Lookout Hill in Northeast San Antonio.

It’s one of the many battlegrounds in which the invading Spanish and Comanches fought over precious resources in the area.

A Spanish tower still stands as a testament to what happened there, leaving a paranormal scar that is still felt to this day.

People who have visited the area report feeling uneasy near the tower, as though eyes watch their every move. 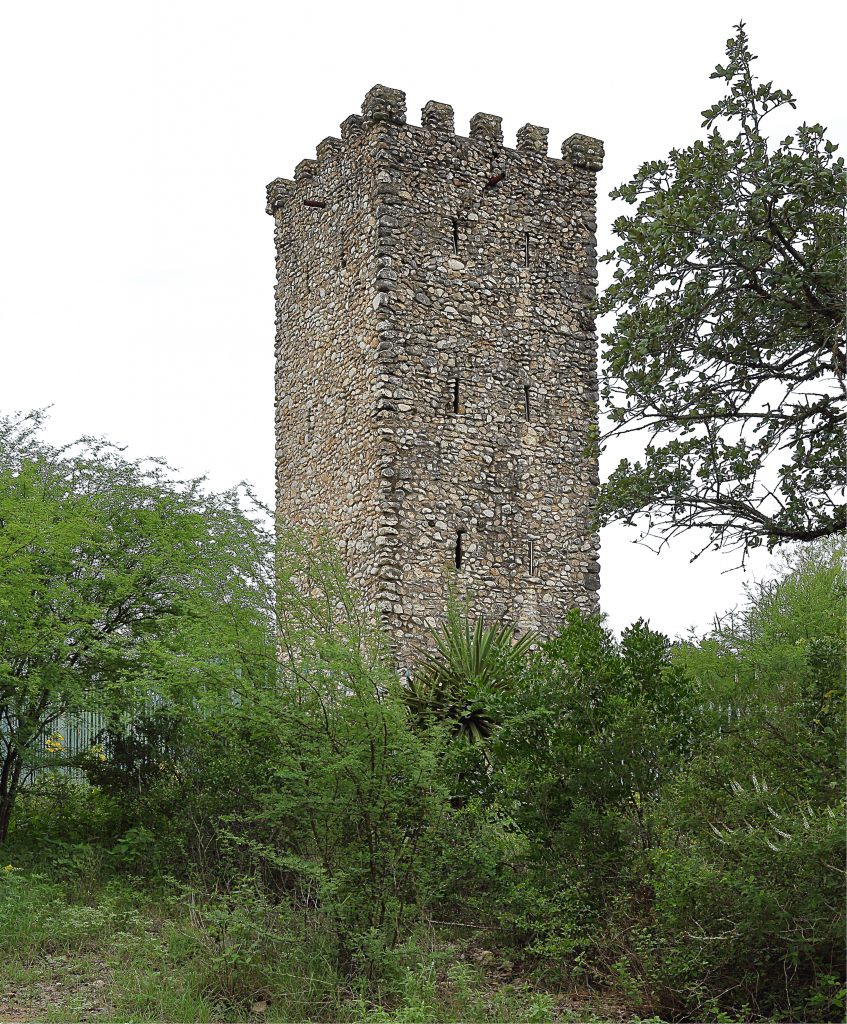 In South San Antonio one can find what is locally known as “The Chinese Graveyard.” It earned this name because of a tragic love story between a Texan and a Chinese woman.

While it is a private cemetery, everyone buried there can be easily be seen from outside without needing to trespass.

The main ghost reported haunting the cemetery is that of a Chinese woman who committed suicide there.

After lightning struck her Texan lover and his horse dead on his way to meet her, she decided she could not live without him.

Since then, orbs of light have been seen floating over the tombstones.

In the middle of San Antonio, there is a beautiful adobe and limestone home built in the 1850s by Tejano rights activist Jose Navarro.

The house is said to be haunted by Navarro and a few other people who either passed away in the home or nearby.

Given that the man who originally built and owned it was benevolent in life, people have reported no sinister supernatural incidents.

Those who visit the historic property to experience the paranormal activity there themselves may find there are sudden temperature changes, lights that flicker on and off, objects that move by themselves, and disembodied voices.

Established in 1852, San Pedro Springs Park is located on top of a limestone cave system where the ground itself is a conduit for paranormal activity in San Antonio.

The main supernatural reports that come out of the park are that of seeing and hearing ghostly children and dancing Native Americans with their drums.

The children are said to be from a local school that used to be nearby and the Native American spirits are from battles fought with settlers, who play their drums to tell the visitors that they want their land back. 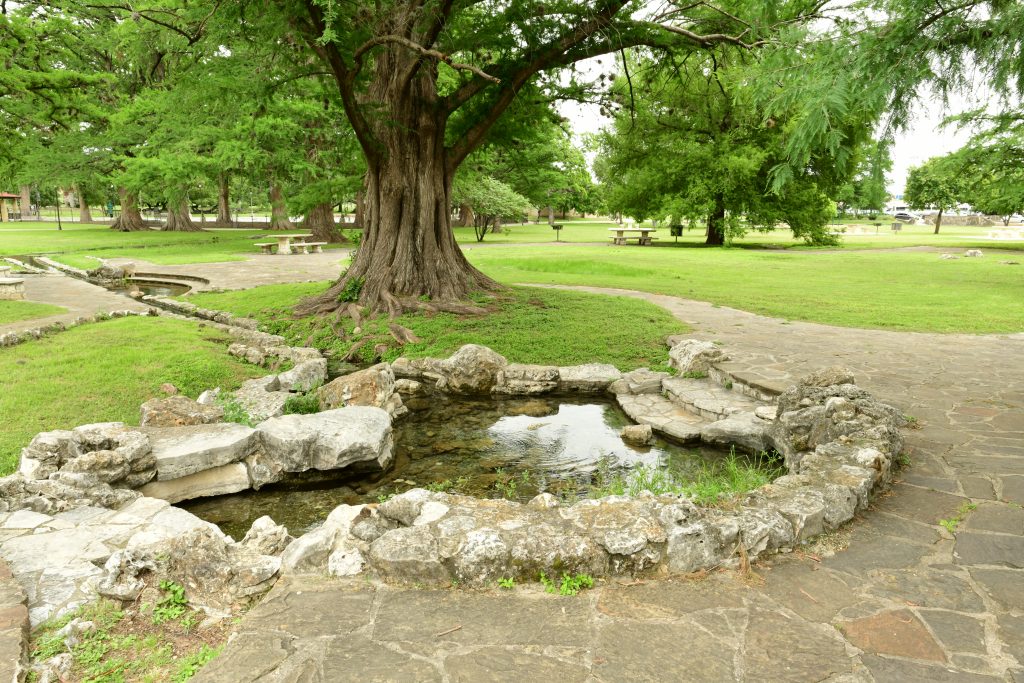 This famous, bloodstained landmark was once a peaceful mission built in 1718.

While only parts of the chapel remain of the fortification, legend says that the soldiers who perished here have never left.

In fact, according to the Mexican troops dispatched to destroy what was left of the Alamo three days after the battle, they encountered raging spirits with swords who would not let them complete their task.

The second dispatch too encountered terrifying soldiers and ended up only being partially successful. The hauntings did not end there.

Even today apparitions are seen and noises of battle-ready soldiers are heard on the premises. 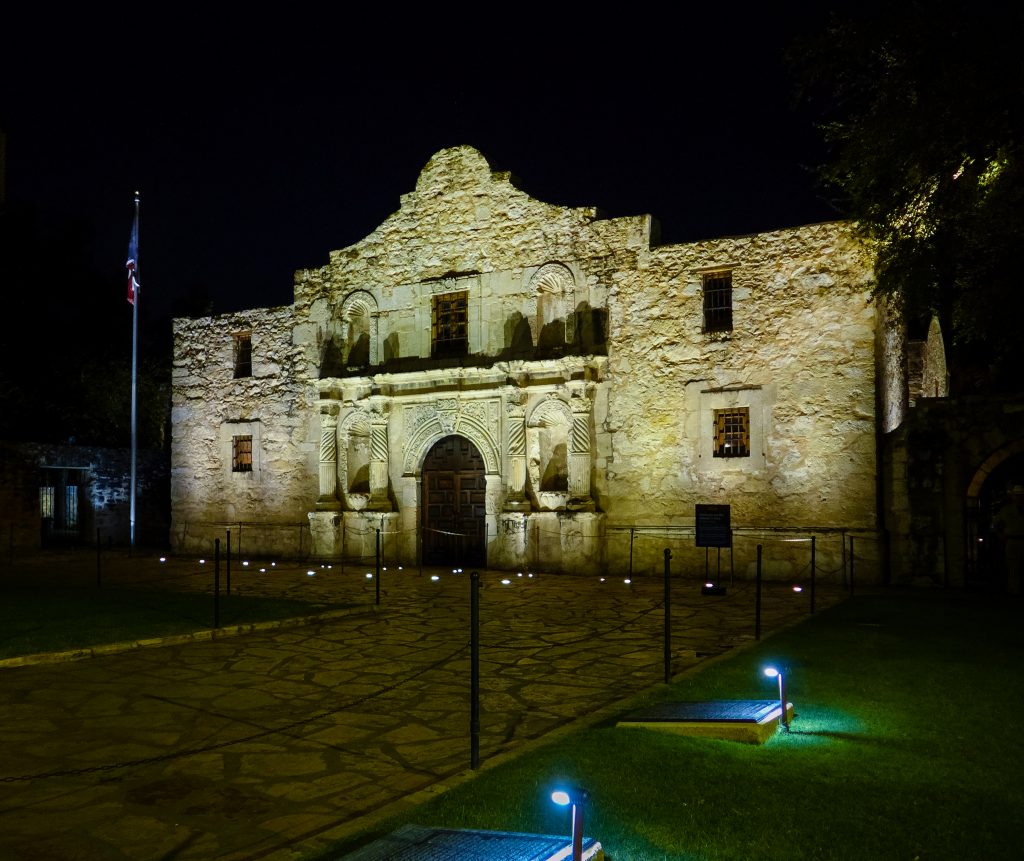 In 1903, in the King William Historic District of the city, Betty Gatlin and her husband, who died shortly after its construction, built this lovely Victorian-style home.

After her husband’s death, she converted it into a bed-and-breakfast, and the paranormal experiences began.

From flickering lights to flowers shaking in the hands of a healthy guest, the hauntings started small and innocent.

Eventually, things escalated as a locked door flew open on its own. Yet, she was never afraid, as she always believed this San Antonio ghost to be her late husband.

From then on, similar occurrences have happened to those who have either stayed or owned the home.

The ghost tracks in San Antonio are a fun spot to visit on the south side of San Antonio. This location isn’t a specified attraction so there is no “check-in” per se but it is often included on a ghost tour if you choose to book one!

The legend behind the tracks says that an accident occurred on the railroad tracks and small children unfortunately perished.

If you go to the tracks and stop at a specific part and put your car in neutral your car will start to move.

The legend says that the spirit of those children moves the car and that their little handprints will show up as evidence.

Some say that this legend has been debunked and some still believe it to be one of the most haunted places in San Antonio, TX. Check it out to find out for yourself! 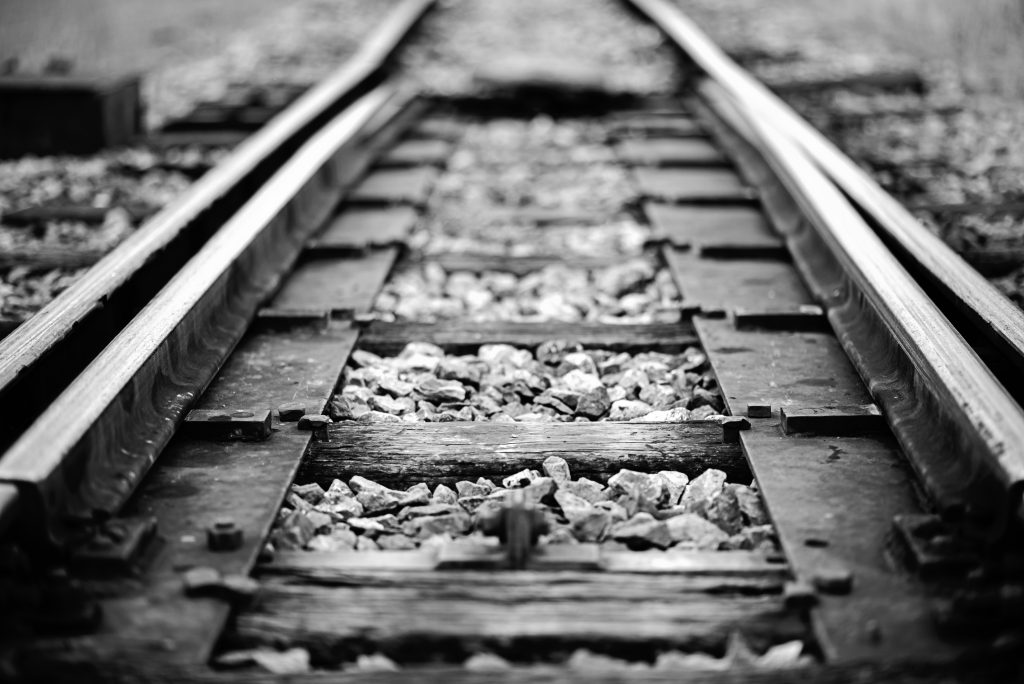 Widely known as one of the most haunted places in San Antonio, the historic Black Swan Inn has been featured on paranormal television shows such as Ghost Adventures.

Before the main house and dairy were constructed by immigrants who settled down on the property, the ground first saw death from the Battle of Salado in 1842.

As people continued to die on the property, paranormal reports began to rise.

Today, apparitions are seen in and around the home, most notably that of a woman in white, an angry man, and a prank-loving child.

Other occurrences reported on the property are that of lights going on and off, disembodied voices, and unexplainable noises. 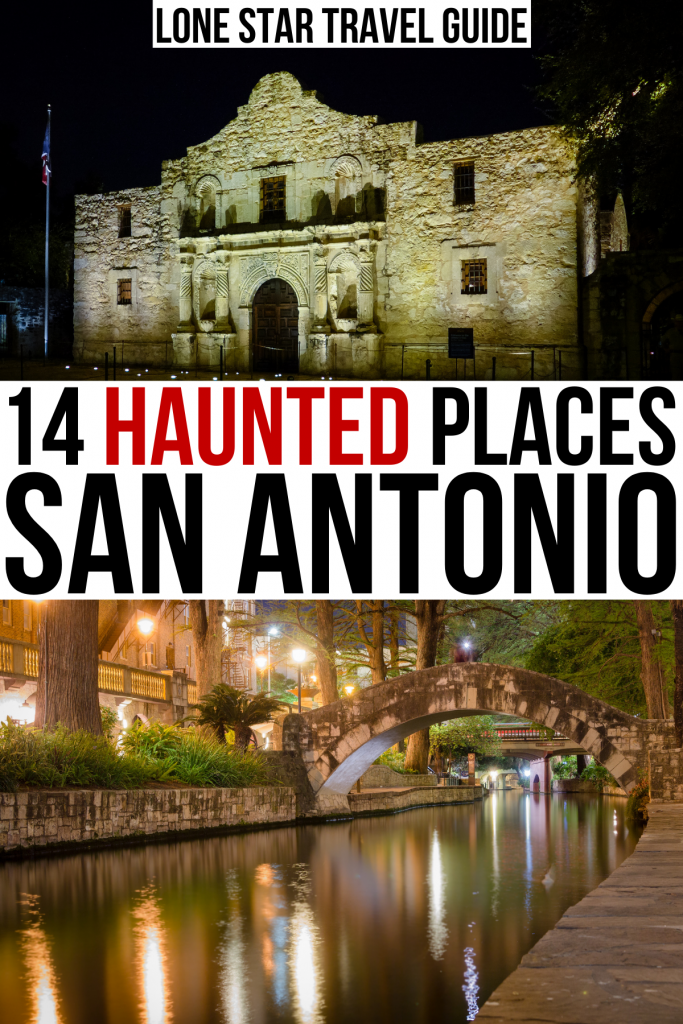