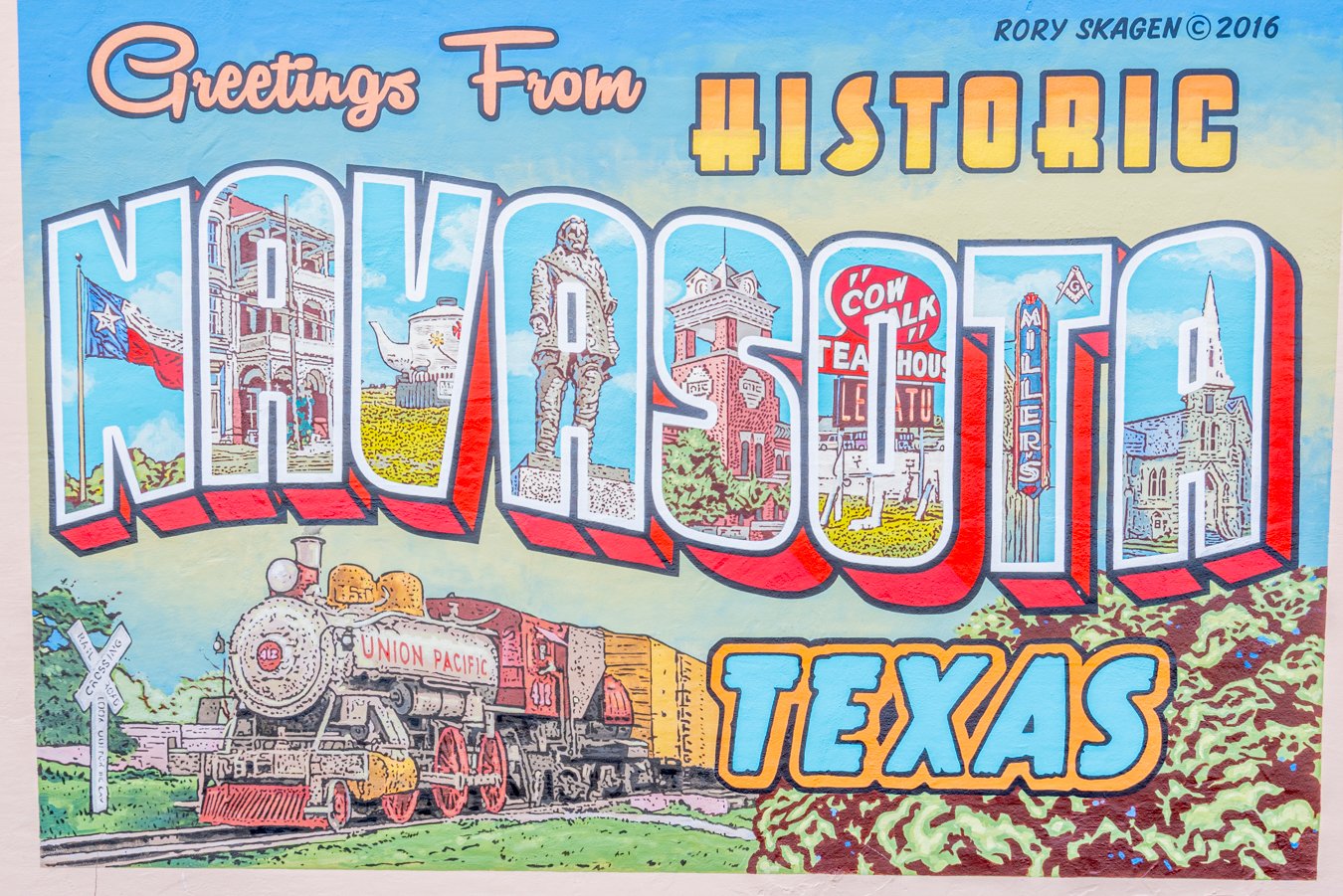 Quiet and charming, the small town of Navasota, Texas flies under the radar–but there are plenty of fun things to do in Navasota that make it worth a stop.

A railroad town that enjoyed its peak influence a century ago, the blend of past and present in Navasota is interesting to witness.

And, as a bonus, Navasota’s location merely 7 miles from Washington-on-the-Brazos makes it an easy addition to a day trip there.

Here’s what to do in Navasota, TX, plus a brief history of the town itself! 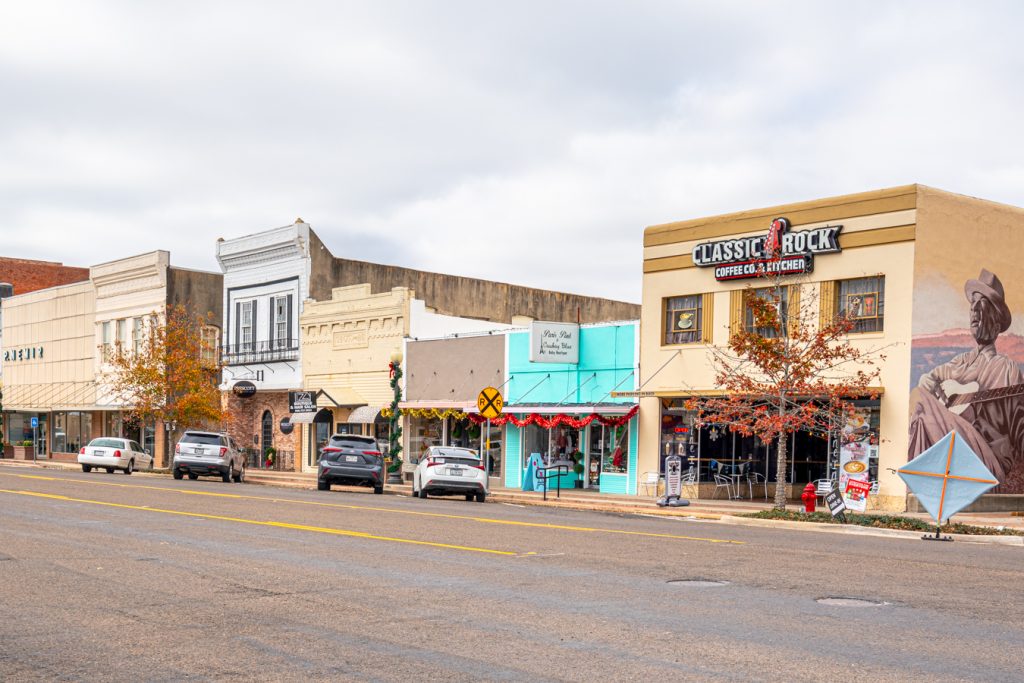 A (Very) Brief History of Navasota

The small town Navasota, as we know it today, first began in the mid-19th century and rapidly grew, in large part thanks to its location along railroad lines.

READ NEXT
10 Cool Things to Do in College Station, TX

Despite setbacks brought on by struggles including the Civil War, a cholera outbreak, and the complications of ever-changing technology, Navasota ended the 19th century as a bustling area.

As the 19th century turned into the 20th, Navasota had three railroads running through it and acted as a center for commerce in the county. 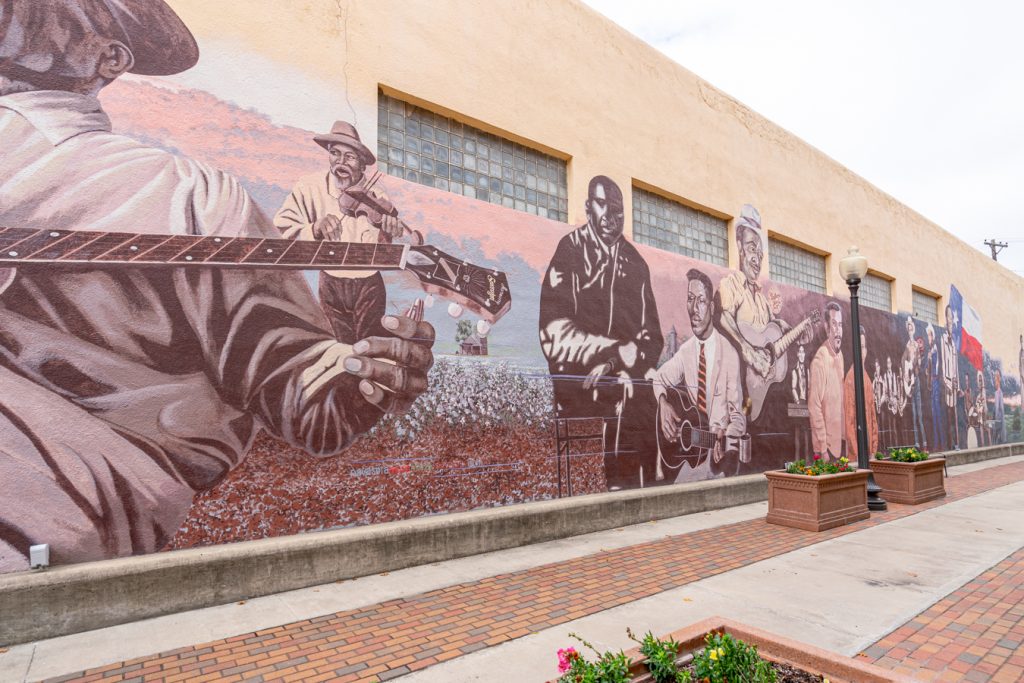 The population declined in the mid-20th century, due in part to a loss of local businesses during the Great Depression, but also in large part due to changes in–and especially the mechanization of–the agriculture industry.

Navasota residents are loyal to their town, though, and have worked tirelessly to keep new businesses interested in Navasota and to revitalize their downtown over the last several decades.

In addition to its ties to the railroad (including the famed Union Pacific Railroad), Navasota is known for music: it has been designated the “Blues Capital of Texas” in honor of Mance Lipscomb, who called Navasota home. 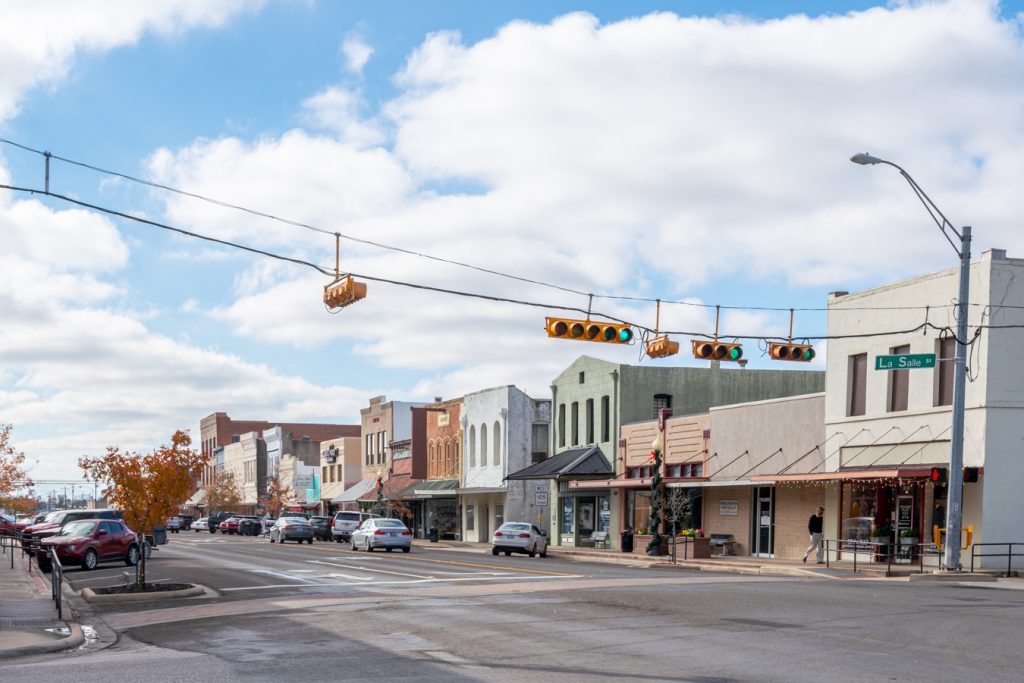 10 Best Things to Do in Navasota, TX

As Navasota’s main street, Washington Avenue is home to many of the sights that make up the best things to do in Navasota, as well as some of the town’s best architecture.

READ NEXT
6 Best Texas Apple Orchards to Visit (+ Map to Find Them!)

Just outside of downtown, Washington Avenue is also home to some of the most beautiful homes in Navasota, including several historic mansions (I’m particularly fond of the intricate Victorians).

While many are still private residences, you’ll find historic bed and breakfasts here as well! 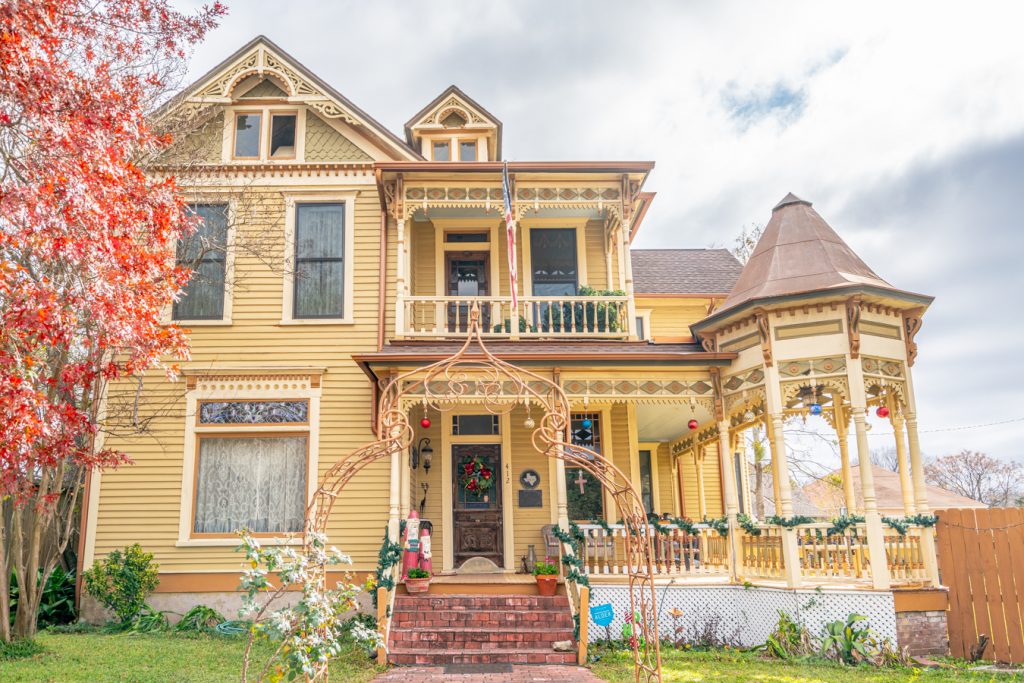 For a tiny town, Navasota has an impressive amount of public art!

Be sure not to miss the classic “Greetings from Navasota” postcard (head to the parking lot of Zippy’s Liquor to find it).

The “Navasota Music Mural”, which celebrates the history of Blues music in Navasota and can be found on the side of Classic Rock Coffee Co., is another one of the popular Navasota murals to see. 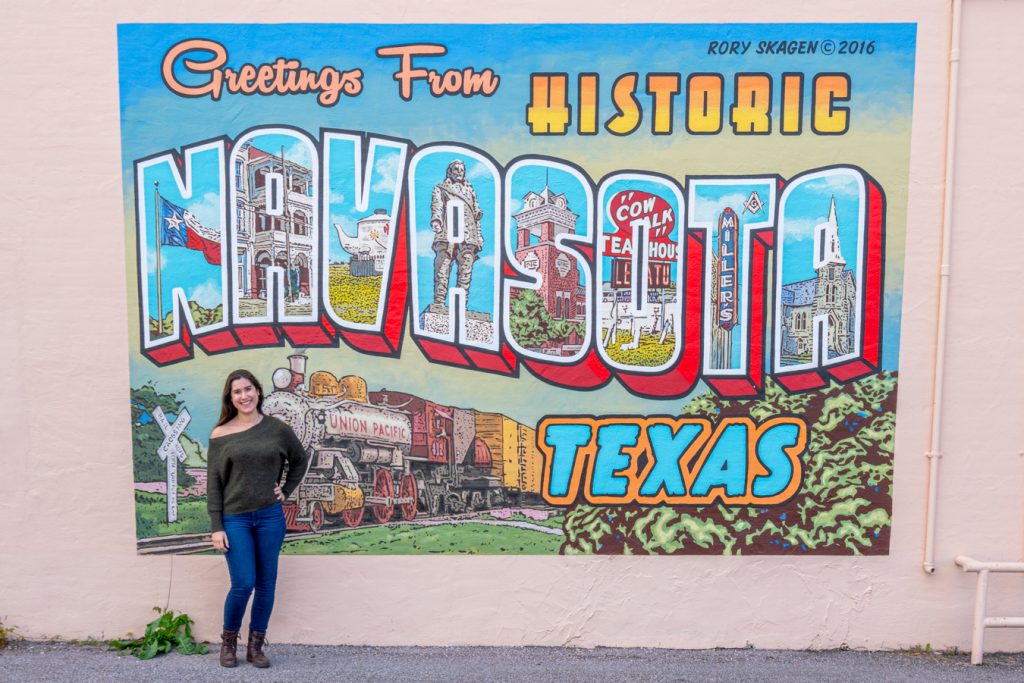 Navasota’s Horlock House is eye-catching from your first glance.

A fully restored Victorian, it stands proud on Washington Avenue–and some lucky artists get to live in it!

In addition to being a museum, 3 artists in residence are offered a chance to live and work in the home.

In addition to being home to a memorable teapot, Martha’s Bloomers also operates as a nursery, restaurant, and antique shop, all rolled into a single establishment. 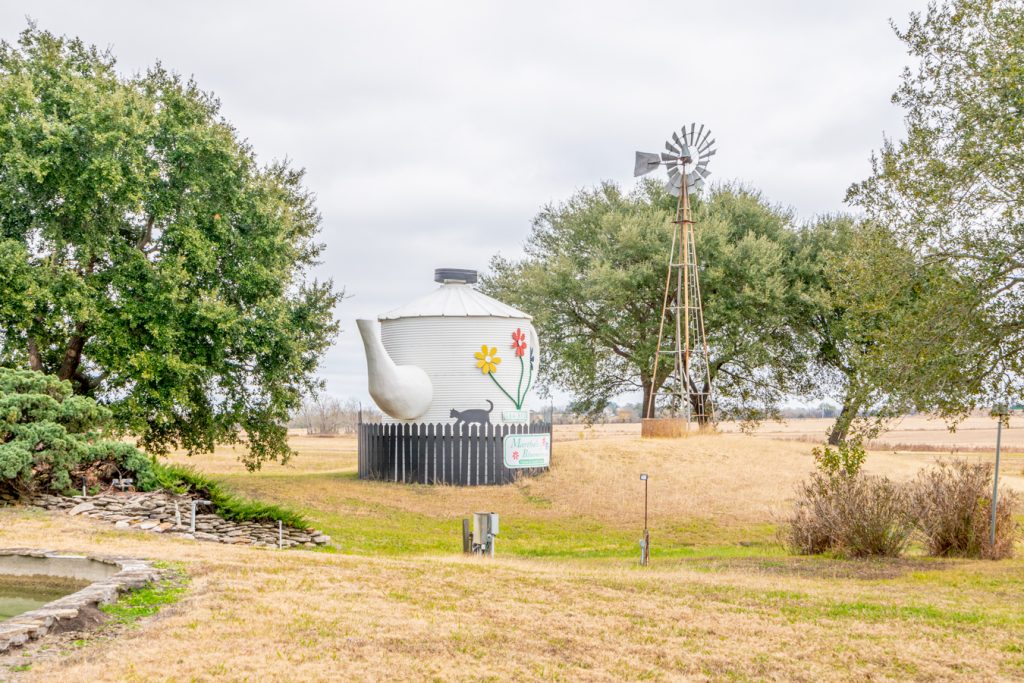 Historic Railroad Street is home to some of the most interesting buildings in Navasota, TX!

An air of forgotten opulence lingers here, with intricate, late-19th and early 20th-century architecture showing off hints of Navasota’s past as a thriving railroad town.

With a historic hotel currently being refurbished and businesses slowly starting to trickle back in, though, Railroad Street also feels like an area about to resurge–I’m excited to see what the next 5 years bring! 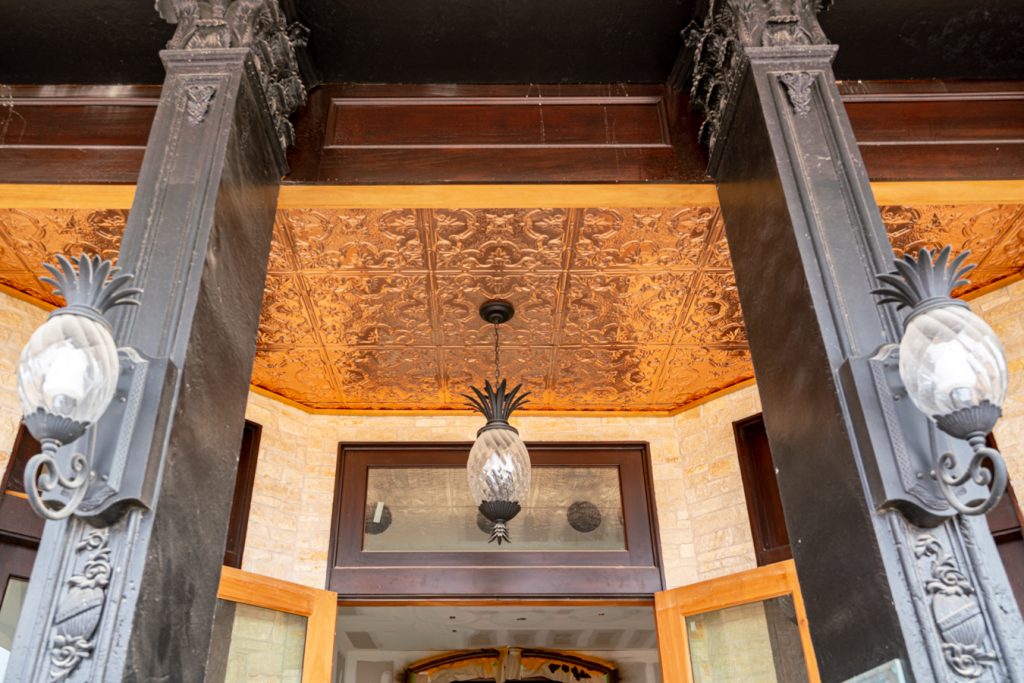 See a show at the Navasota Theatre Alliance.

The Navasota Theatre Alliance is dedicated to bringing interesting, varied, and engaging live theatre to this small Texas town.

If you’re sticking around overnight, consider supporting the local art scene and seeing a show!

Shop in a store that has been open for a century.

Strolling through Navasota’s small downtown, an independently operated department store isn’t something you expect to see–let alone one that has endured for over 100 years!

And yet, at P. Nemir’s Dry Goods, that’s exactly what you’ll find. This family-run business first opened its doors in 1911 and is still open on Washington Ave. today. 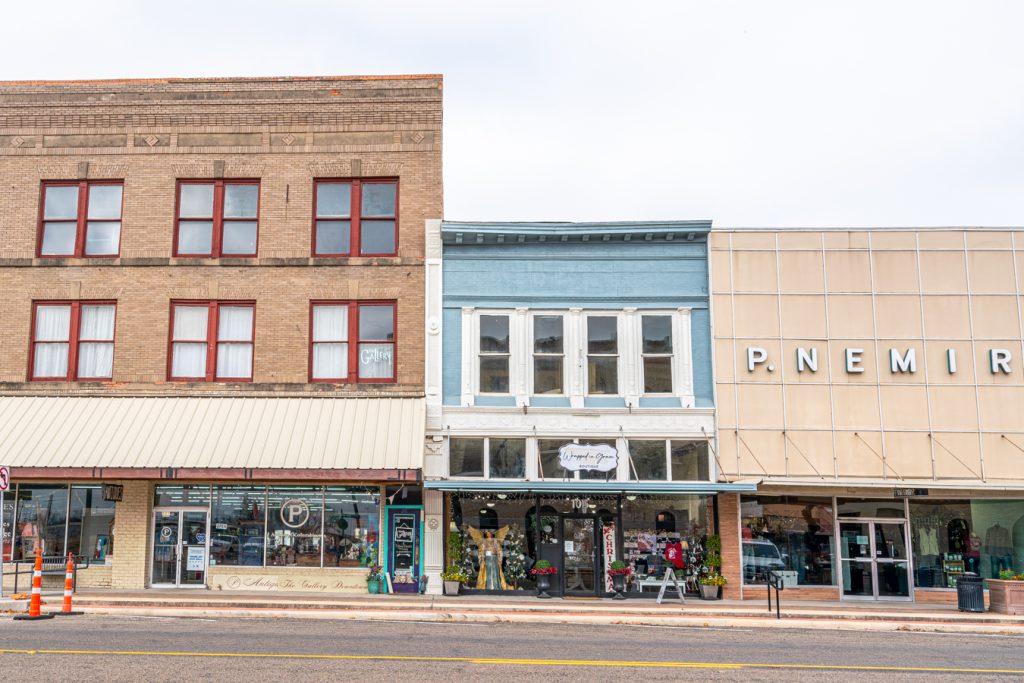 As the self-declared alpaca capital of Texas, the Navasota area includes no less than three ranches where you can meet and interact with these adorable animals.

The alpacas definitely rank as one of the most unexpected things to do in Navasota! 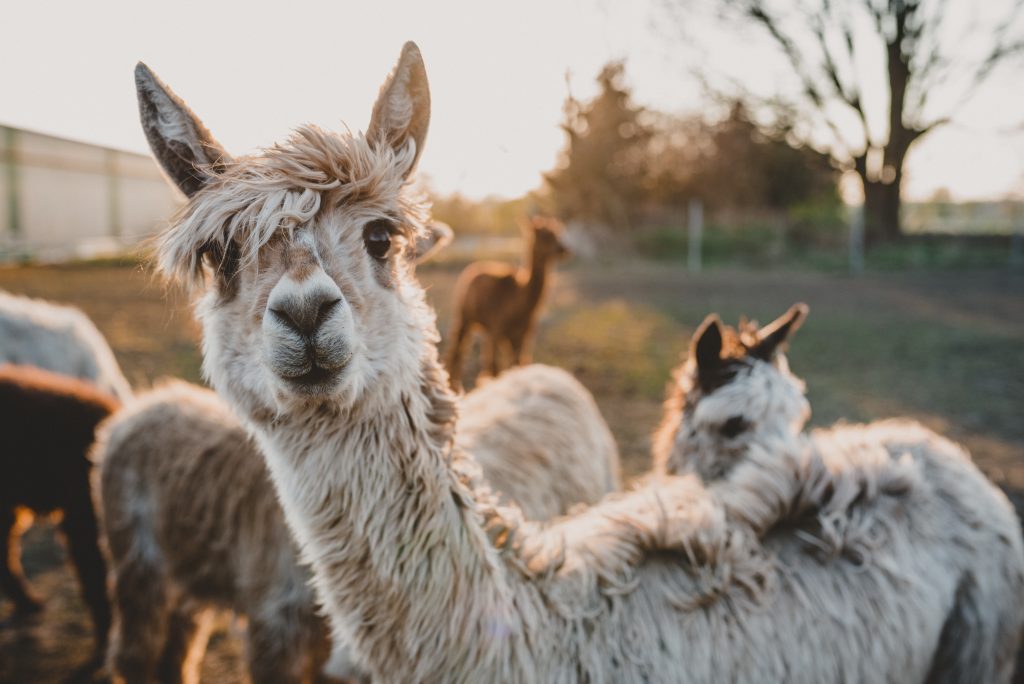 READ NEXT
How to Tour Blue Bell in Brenham, TX

Washington-on-the-Brazos State Historic Site is known to 4th and 7th graders across the Lone Star State as the place where Texas began.

More specifically, this is where the Texas Declaration of Independence from Mexico was signed in 1836. 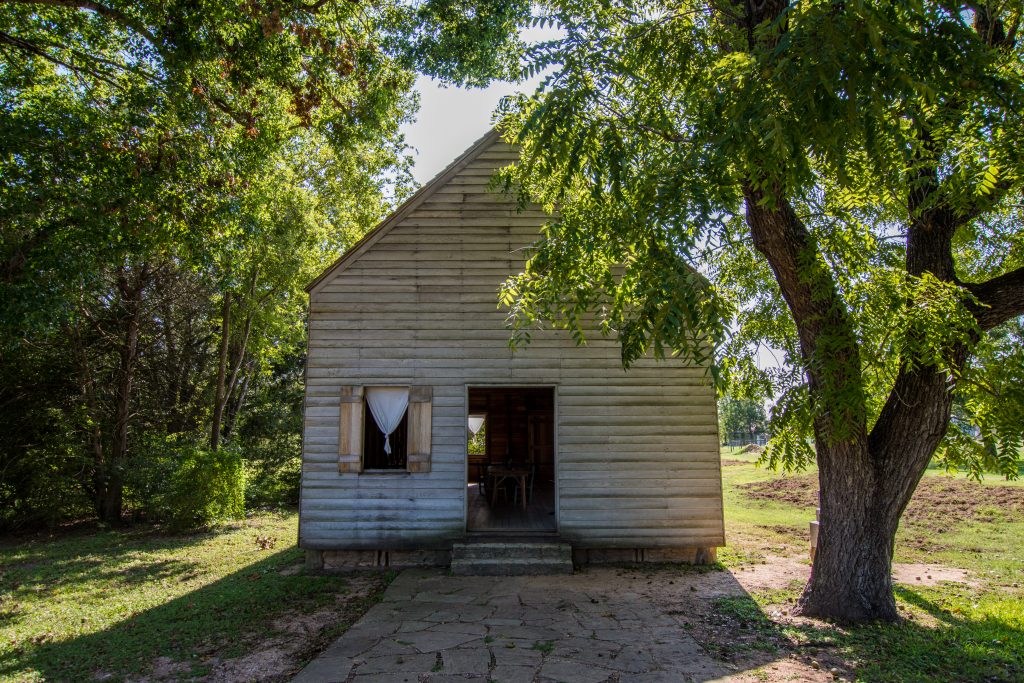 Where is Navasota, Texas?

Navasota is located just off of Highway 6 in southeast Texas, about 70 miles northwest of Houston, 115 miles east of Austin, and 25 miles southeast of College Station.

If you’re driving from Houston to College Station or vice versa, Navasota is right on the way!

Navasota is an easy addition to a trip to Round Top, Brenham, Washington-on-the-Brazos, or College Station–and it doesn’t take much time to enjoy several of the best things to see in Navasota! 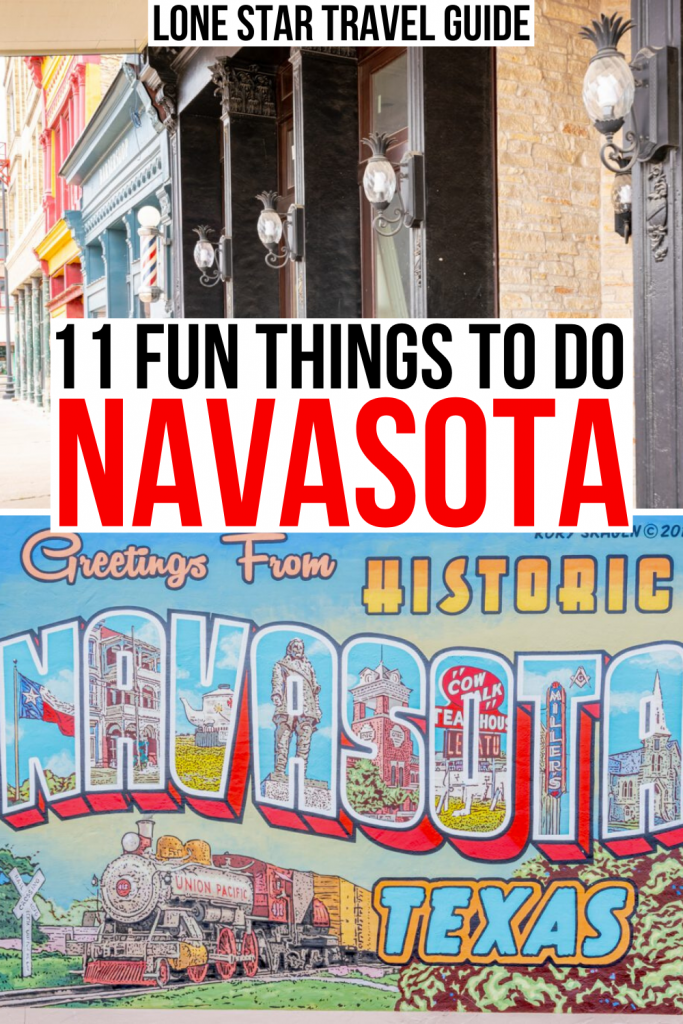 7 thoughts on “10 Fun Things to Do in Navasota, Texas”