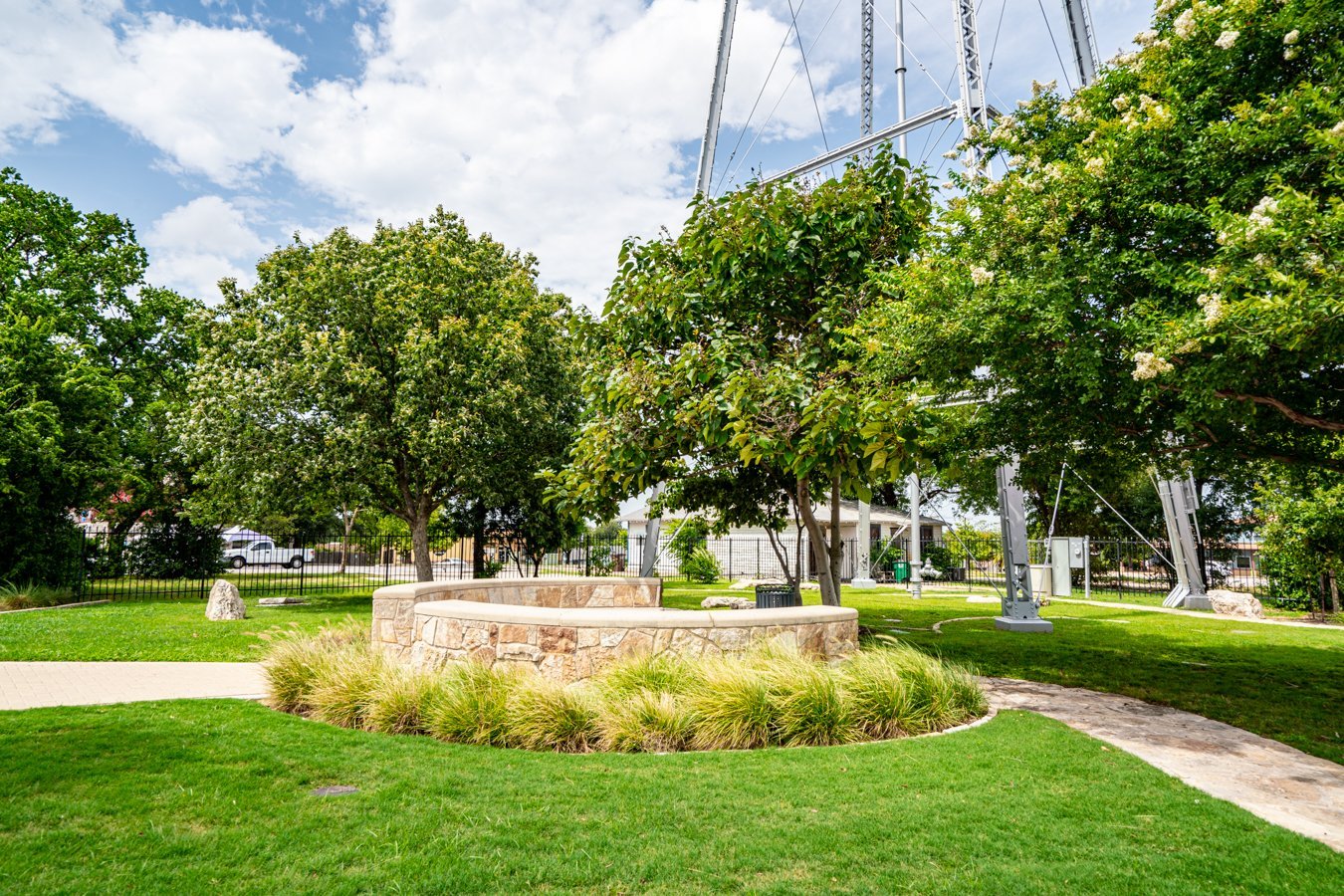 While in many ways Round Rock has been absorbed by the greater Austin metro area, this Texas town has its own attractions, places to visit, and history dating back to 1848–and there are plenty of fun things to do in Round Rock, TX!

Here are the best things to do in Round Rock, from parks to visit to history to learn to where to taste some of the best donuts in Texas.

The Best Things to Do in Round Rock, TX

Round Rock Donuts is, without a doubt, the most famous of all the best things to do in Round Rock today.

To me, Round Rock Donuts will always be associated with going to church as a little kid, but to the world, they’re incredibly famous, having been featured on the Food Network, in Buzzfeed, in Travel + Leisure, in basically every major Texas newspaper, and many more.

They live up to the hype: from the incredibly soft yeast dough to the perfect glaze and icing, I will never get tired of eating them.

While the bakery does offer a variety of donuts, as well as other Texas traditions like kolaches, we strongly recommend sticking with the classic glazed or chocolate icing donut for your first visit.

Attend a Round Rock Express game at Dell Diamond.

The Round Rock Express is a Triple-A team affiliated with the Houston Astros, and if you’d like a laid-back and affordable way to enjoy America’s pastime, a minor-league game located right in Round Rock is a great way to do so!

With a whopping 645 acres of outdoor entertainment, Old Settlers Park is the ultimate park in Round Rock, featuring everything from paved trails to picnic areas to a disc golf course.

Old Settlers Park also hosts tons of outdoor sports tournaments, so if you stop by on a weekend, you’re bound to find it busy!

Cool off at the Rock n’ River Water Park.

Located within Old Settlers Park, the Rock n’ River Water Park got a facelift in 2016, and now features waterslides, splash pads, a diving board, and more!

If you need to beat the Texas heat while visiting Round Rock, consider heading to the Rock n’ River Water Park. 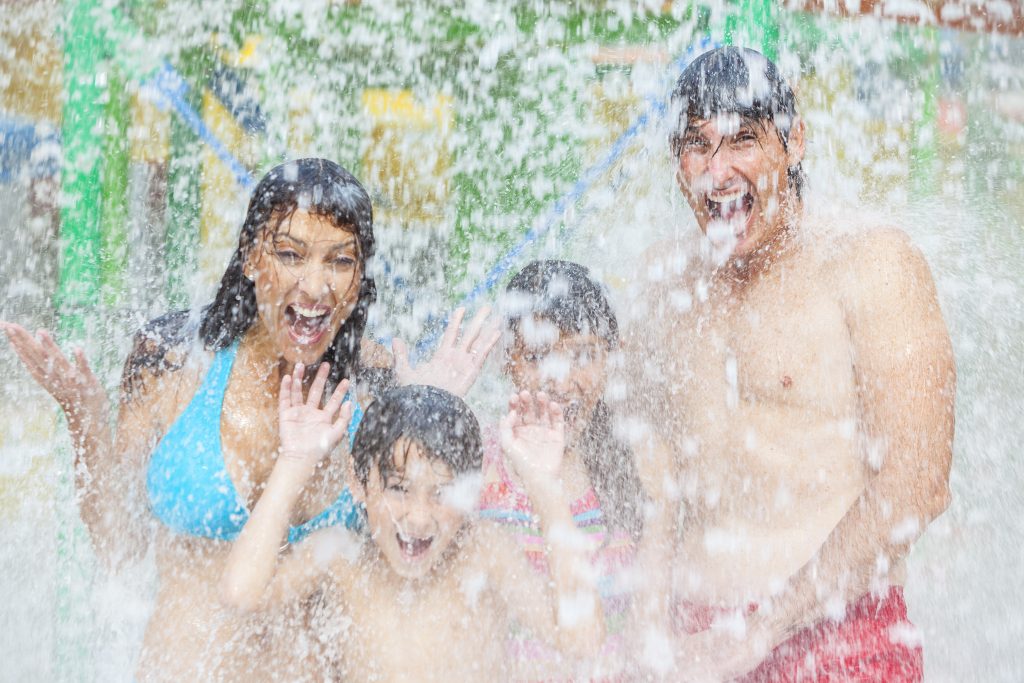 Check out a bat colony (without driving downtown).

While Austin’s famous bat colony at the South Congress Bridge is very well known, Round Rock has its own bat colony that definitely qualifies as one of the best things to see in Round Rock!

From March to November each year, you can see the bat colony fly out at sunset from underneath their home at the McNeil Overpass Bridge, and it is an absolutely mesmerizing sight.

… and grab a bite to eat at The Salt Lick.

If you’d like to visit one of Texas’ best-known barbecue joints without making the drive out to Driftwood, consider adding a visit to The Salt Lick’s Round Rock location to your list of things to do in Round Rock!

The small but charming Koughan Memorial Water Tower Park is home to one of Round Rock’s best-known features–its water tower.

The tower was built in the 1930s as part of a WPA project, and today serves as a landmark of the city. You can even see it from I-35!

It’s also located right next door to Round Rock Donuts, so it’s the perfect place to go for a quick stroll after scarfing down a couple of donuts.

Stretching for roughly 7.75 miles, this trail knits together shopping, residential areas (including a large portion of Avery Ranch), and natural beauty.

Most of the trail is paved, making it easily accessible to most locals and visitors to the city. 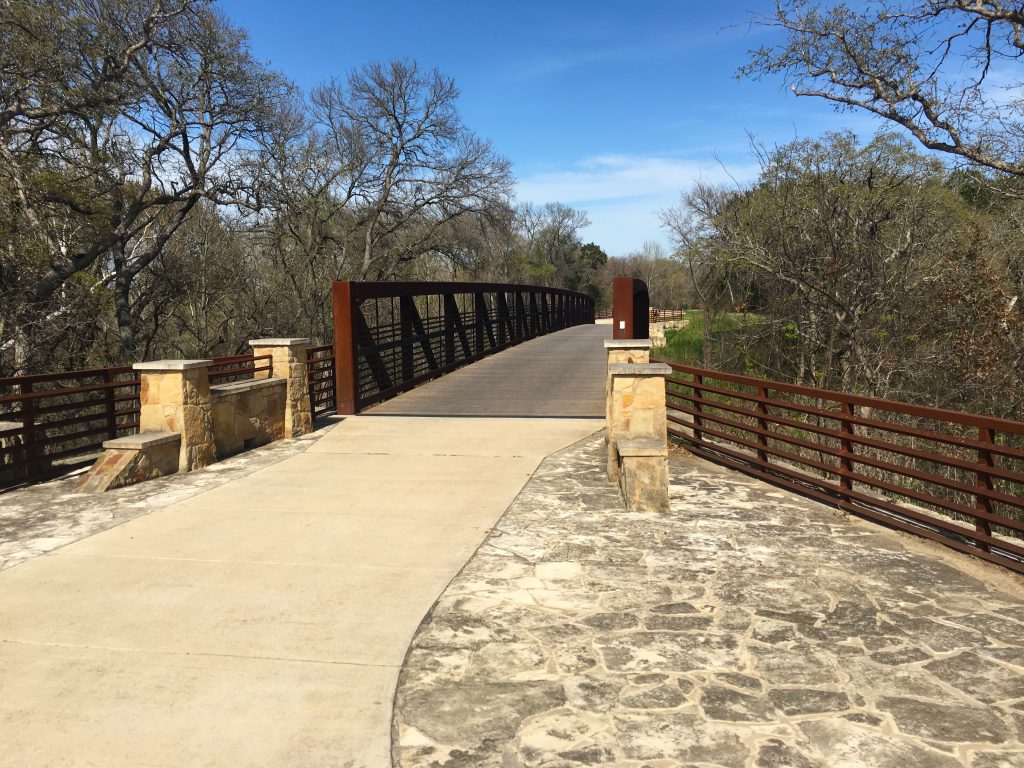 Go shopping at the Round Rock Premium Outlets.

Texas as a whole is a big shopping destination, but if you’d like to hit the outlets without heading to San Marcos, you absolutely can.

The Round Rock Premium Outlets are home to 125 stores and can keep dedicated shoppers busy all day!

Explore Round Rock Memorial Park and find the literal round rock.

This pretty little park is well-shaded, with playgrounds, some trails, and even, perhaps unsurprisingly given the name of the park, several memorials to Round Rock residents who served in war.

Follow the trail down to the creek, and you’ll also find the round rock in the creek–the one the city was named for.

Check out downtown Round Rock.

Lined with limestone buildings housing great restaurants, shops, and even a tattoo parlor, downtown Round Rock may be small, but it’s definitely worth stopping by when in town.

Consider staying for dinner, and maybe even a little live music at one of the many restaurants nearby.

This small, peaceful park is not only a fun place for a picnic lunch in Round Rock, it’s home to a piece of local history!

This area was part of a trail that fed into the larger Chisholm Trail, along which cattle drivers in the 19th century worked to drive Southwestern cattle to Midwestern markets, where they would fetch a much higher price per head.

This history is commemorated in the park with several bronze statues featuring cattle.

Pick up some local food at the Farmers Market.

If you’re in Round Rock on a Saturday, consider hitting up the town’s year-round Farmers Market!

… and track down Sam Bass’ grave.

Famous Texas outlaw Sam Bass died at the young age of 27 in a shoot-out in Round Rock in 1878–and while his legend has grown beyond reality over time, there’s no doubt that Round Rock has been known throughout parts of Texas history as “that place where Sam Bass died.”

Tto this day, you can drive down Sam Bass Road when visiting Round Rock.

For those who love Texas history or stories of the Wild West, tracking down Sam Bass’ gravestone in Round Rock Cemetery belongs on your list of interesting things to do in Round Rock!

Where is Round Rock, Texas?

Round Rock is located in Central Texas, just north of Austin, and 10 miles south of Georgetown.