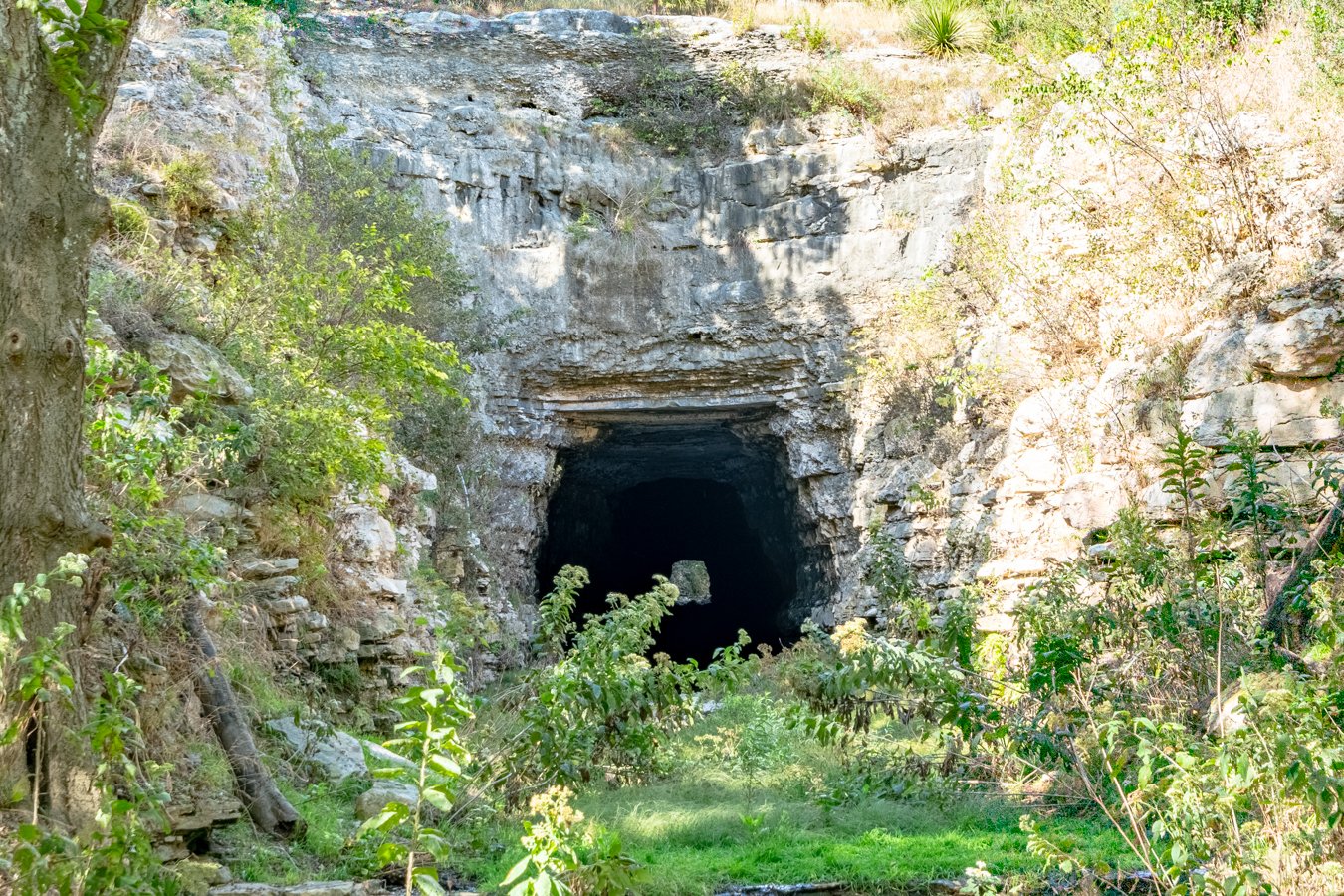 Tucked down a quiet country road near Fredericksburg, Old Tunnel State Park isn’t a place you’re likely to happen across accidentally–but as one of the best places to see bats in central Texas, the smallest state park in Texas is definitely worth adding to a Hill Country trip.

Here’s what to know before you go about visiting the bats at Old Tunnel State Park! 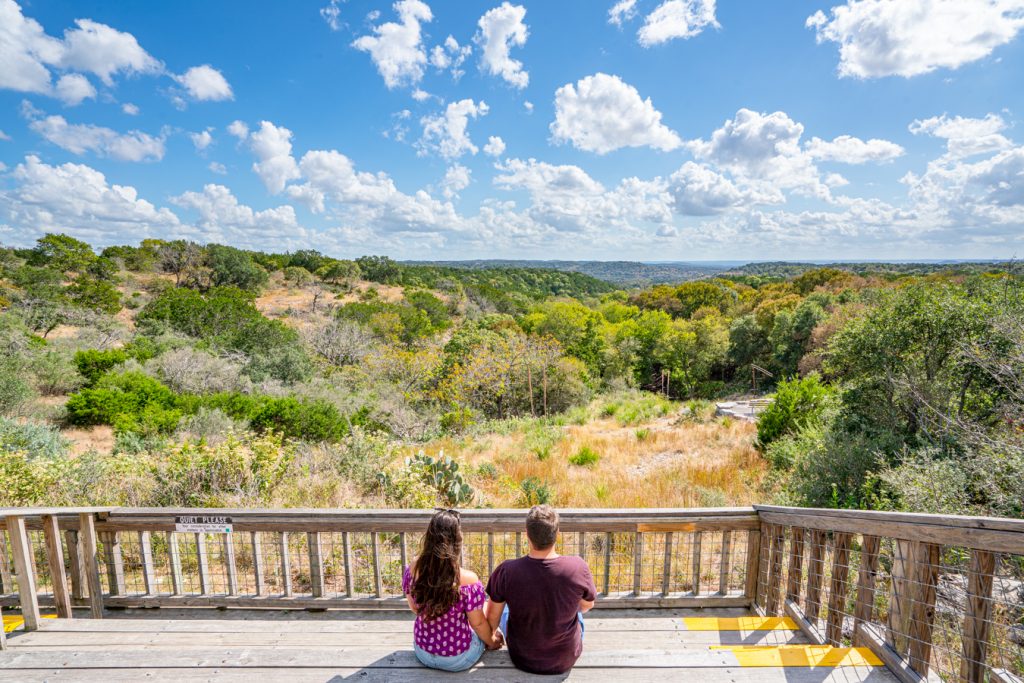 In the early 1900s, the thriving city of Fredericksburg was in the market for a faster way to transport their goods to San Antonio–and so, a railroad was born.

The Fredericksburg and Northern Railway first opened a route to Fredericksburg in 1913, which included a 920-foot tunnel. This is the “old tunnel” from which the state park derives its name.

In 1942, the railroad stopped running and was soon deconstructed and sold for scrap. The tunnel, however, remained, and quickly acquired 3 million Mexican free-tailed bats, plus a few thousand cave myotis bats, as new inhabitants.

Fast forward to 1991, and the area was obtained by the Texas Parks and Wildlife Department before being named an official state park in 2012. 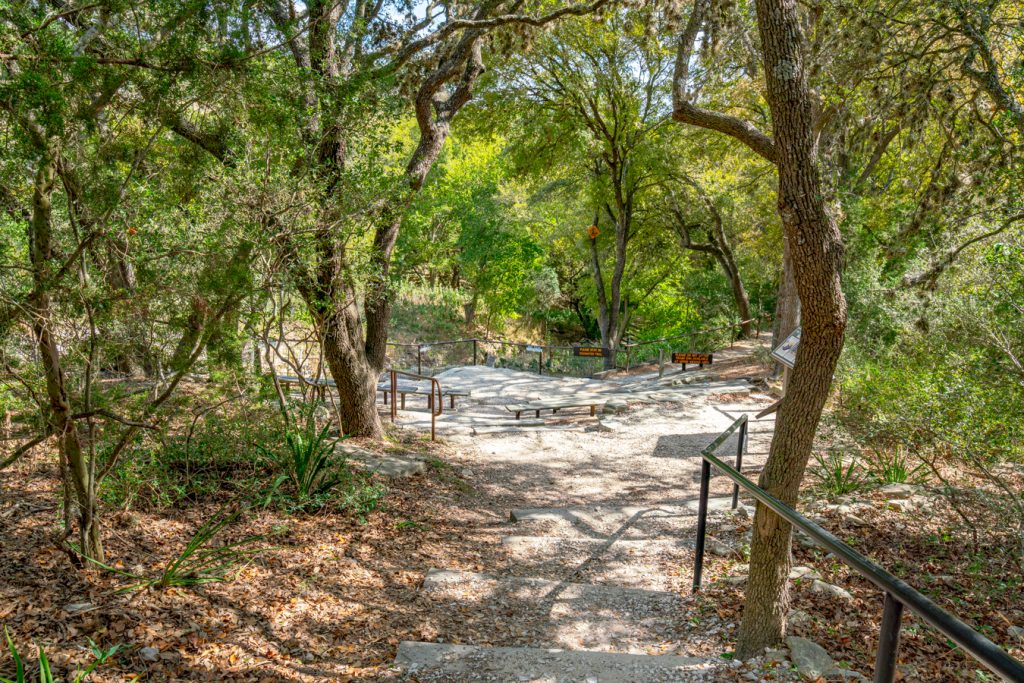 Best Things to Do at Old Tunnel State Park

Without a doubt, watching the bats emerge from the old train tunnel at dusk is the best thing to do in Old Tunnel State Park.

… or check them out in their tunnel.

Visiting during the day instead of at dusk? If the bats are present in the park, you’ll still be able to spot them–peer into the old train tunnel and look closely at the light at the end of it. You’ll be able to see the bats flying around inside!

The Old Tunnel Nature Trail is merely a half-mile long each way and leads from the upper viewing area (which is located right at the park entrance) to the old tunnel itself, where you can observe the tunnel and the bats from a safe distance.

The nature trail does include walking up and down stone staircases built into the trail, and it is open until 5:00 PM each day. 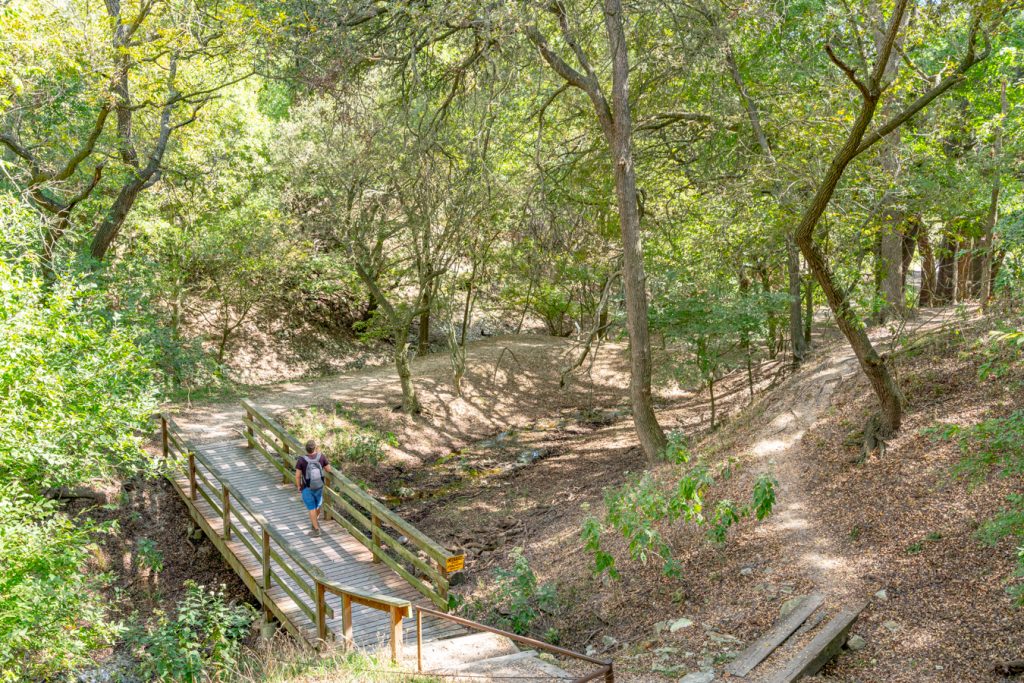 Check out the exhibits.

Located both around the upper viewing area and along the nature trail, there are several informational billboards with details about the park’s history, ecology, and more.

The views from the upper viewing area in particular are absolutely magnificent! 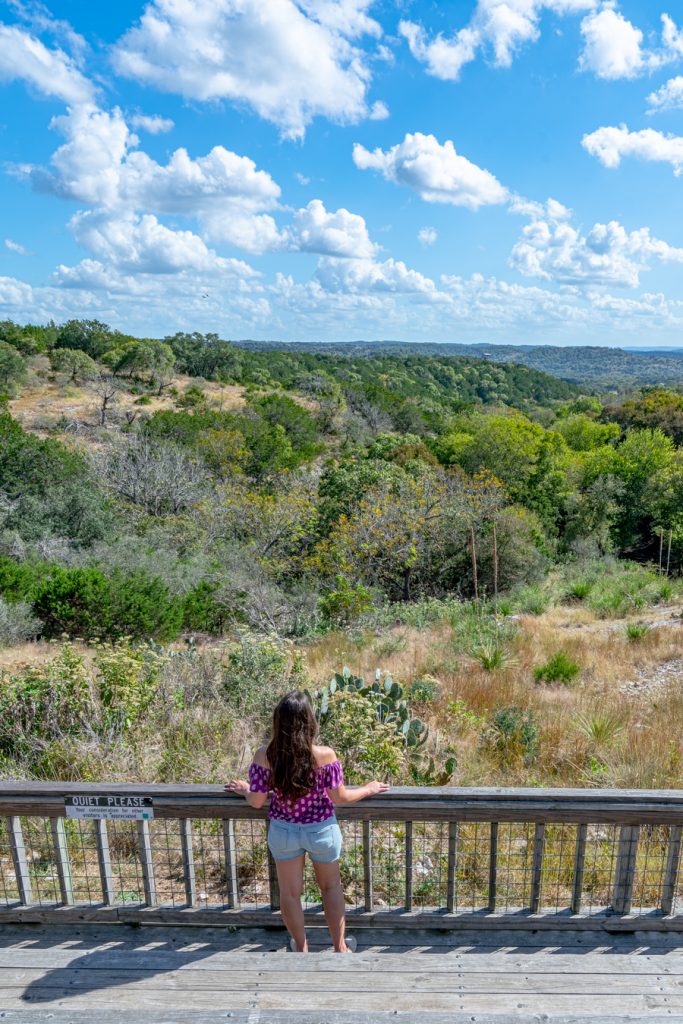 There are picnic tables located throughout the park, especially near the upper viewing platform, and the views are remarkable at any time of day.

If you’re looking for a great place for a picnic lunch with Hill Country views, you can’t go wrong with heading out to Old Tunnel State Park!

In addition to the bats, Old Tunnel State Park is a great place to spot other native wildlife, as well. We saw an armadillo during our most recent trip! 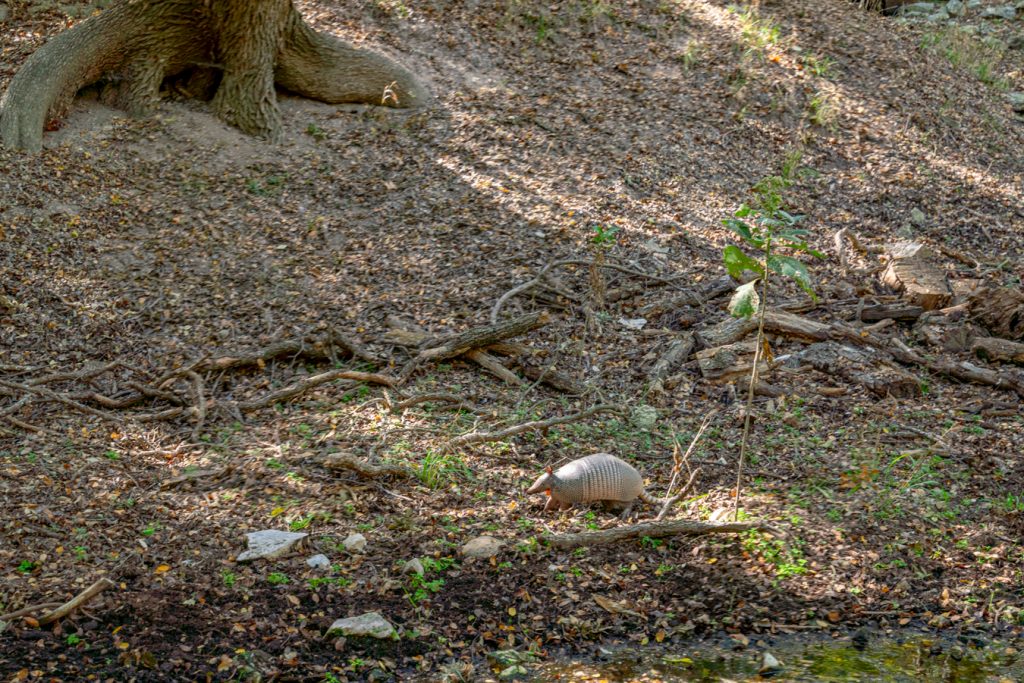 How (+ When) to See the Old Tunnel State Park Bats

The colony of Mexican free-tail bats that calls Old Tunnel State Park home lives there from May to October each year.

Every evening during those months, around dusk, the bats emerge to hunt, which is the best time to see them. To check the estimated emergence time for the Old Tunnel State Park bats for the day you plan to visit, call (866) 978-2287 for a recorded message with the most up-to-date information.

However, keep in mind that nature works on its own schedule and that viewing the bats is not a guarantee: some nights, the bats will emerge all at once in a spectacular show, other nights, only a few at a time. Sometimes, they don’t come out until after dark. 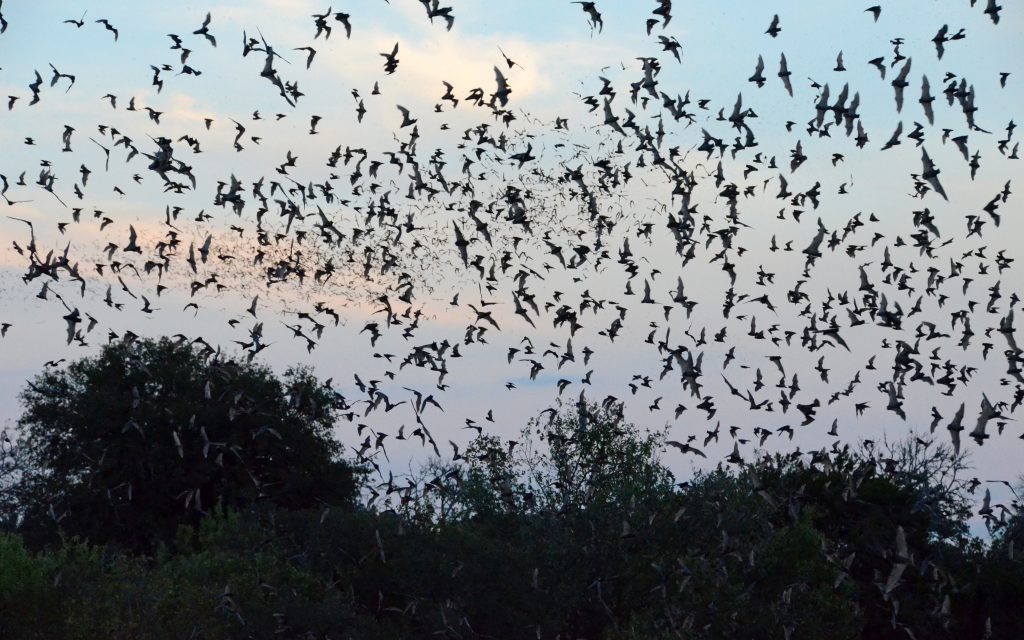 Where is Old Tunnel State Park?

Old Tunnel State Park is located in the Texas Hill Country, about 11 miles south of Fredericksburg along a small country road.

From Austin, it takes about 1 hour and 30 minutes to drive to Old Tunnel State Park, and from San Antonio, 1 hour and 10 minutes.

If you’re driving to the park in the evening to view the bats, keep in mind that the final portion of the drive to the park takes place on small, two-lane rural roads, and it is very dark at night. 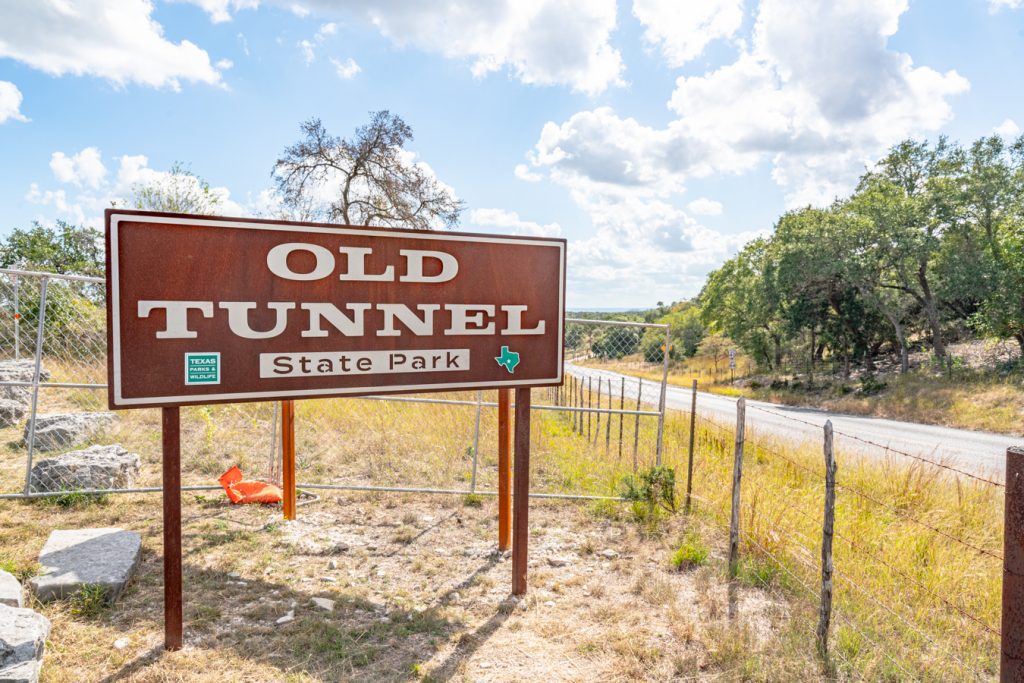 How much does it cost to visit the park?

Old Tunnel State Park is free to visit, with the exception of viewing the bats from the lower viewing area on Sundays through Thursdays, May through October, in the evening hours.

During those times, there’s a $5 fee per person (cash or check only, so come prepared!).

However, the upper viewing area is still free to visit during those times.

Yes, there are composting toilets, but they’re only open during bat viewing times (so, evenings from May to October).

If you’re desperate, there are a couple of porta potties in the parking lot that can be used during the day.

Can you camp at Old Tunnel State Park?

No, there’s no overnight accommodation in the park. 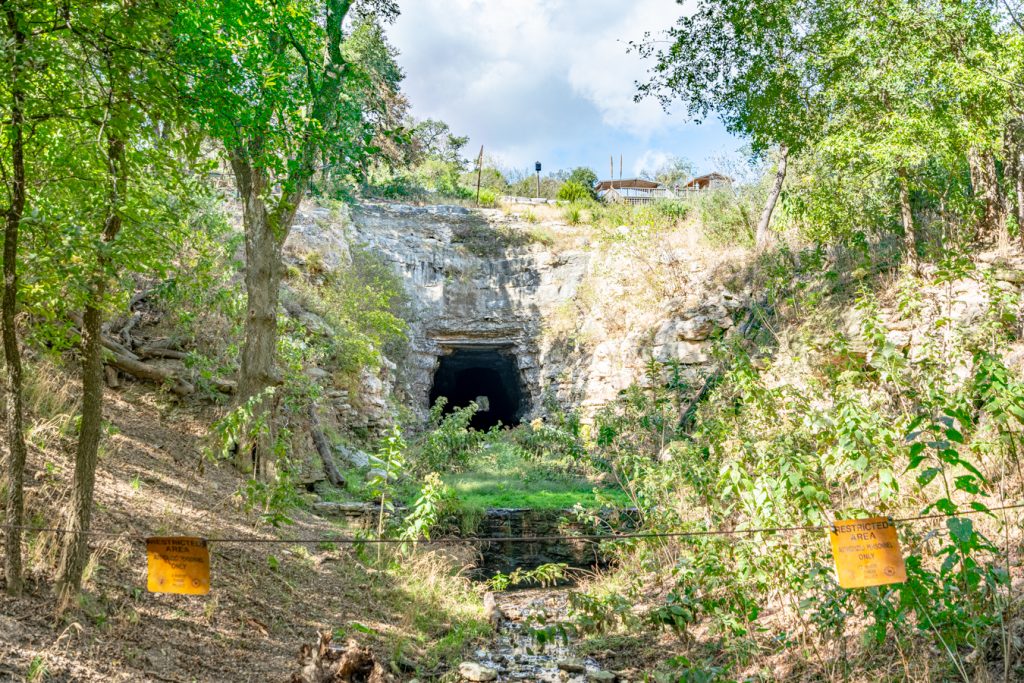 Is there a store?

No, there’s no manned gate (except during bat viewing hours), water access, a general store–nothing. This is a very basic park as far as accommodations go, so come prepared!

Is it worth visiting Old Tunnel State Park when the bats aren’t present?

I wouldn’t say it’s essential, no–the tunnel is interesting, but as you can’t approach it, there’s not much to see beyond getting a peek of it from the trail.

However, the views of the Texas Hill Country from the upper viewing area are absolutely magnificent year-round, so if you’re looking for a quiet spot to enjoy some natural beauty, you can’t go wrong with taking the short drive from Fredericksburg or Luckenbach to visit Old Tunnel State Park! 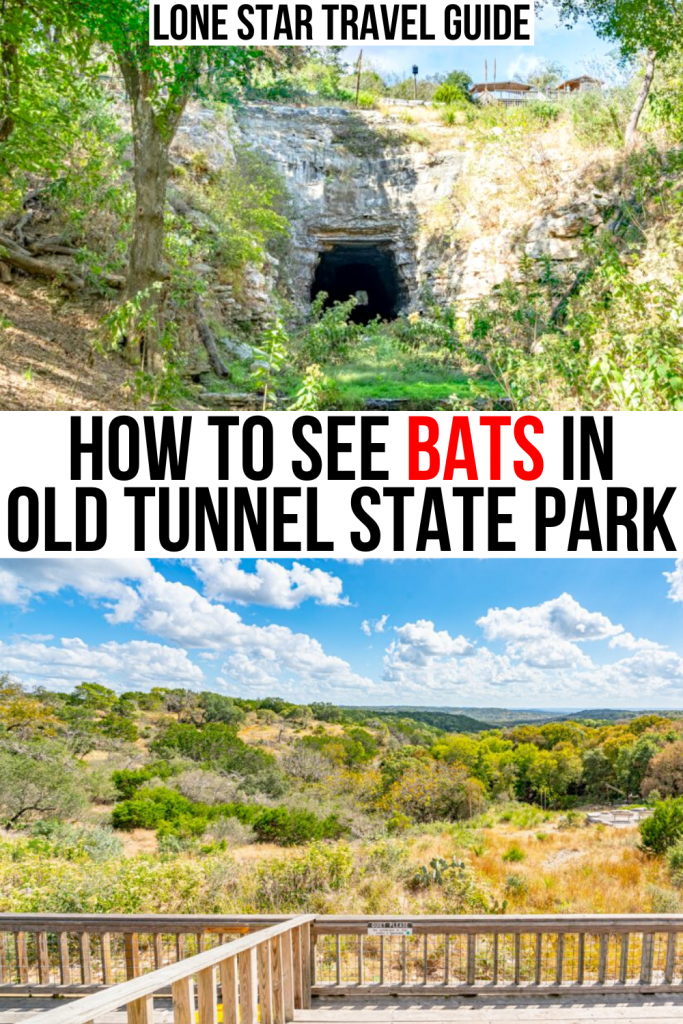